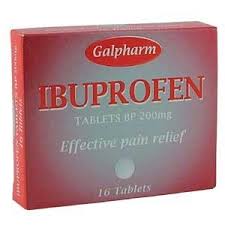 I got a phone call today from a nice man at Marks & Spencer Pet Insurance. He said that they'd had an inquiry from The Mail On Sunday, who were doing a feature on the whole pet insurance thing, and who had asked if they could select a customer at random who'd made a claim, so the paper could get details of a typical case.

We'd been drawn out the hat. The chap had then come across the claim form we'd sent in last summer, when we'd had to take the dugs in to the emergency vets after one of them - almost certainly Jorja of course - had eaten two packets of Ibuprofen that Marion had in her handbag. (Here, now I remember.)

He asked if I minded him passing the details on to the Mail. I was quite happy with that, because I think pet insurance is A Very Useful Thing.

So far so good.

Somewhat unexpectedly, a journalist phoned later on, and took a few more details on the basis it was a "good wee story". Fair enough, I thought.

Then, however, the Mail's 'Picture Desk' phoned. They're sending a photographer out on Saturday to get a photie. And not just of the dugs! Me & Marion have to be in it!

Crivvens! Have you ever wished you'd no' taken a phone call?