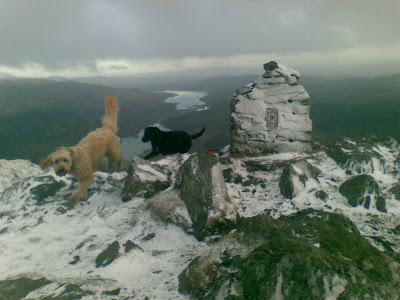 The forecast had improved a wee bit on Friday night, at least in the sense that the hurricanes and whiteouts weren't expected to arrive until dusk on Saturday. Which was nice.

Owing to a lack of organisational ability, I found myself retiring in a sober state on Friday evening, so I decided on the spur of the moment just to head for the Trossachs. 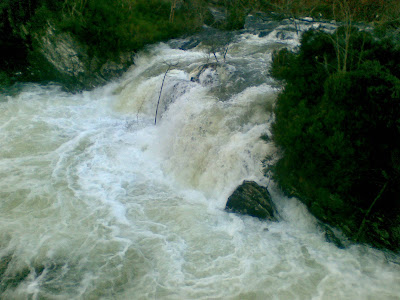 The Achray Water just at the new(ish) arched bridge was fuller than I've ever seen it before, and that's bearing in mind that I must have been up Ben Venue more than 10 times. It's one of those default hills, like Meikle Bin, whenever anything else is too far away, or would take too long.

The weather held up fine. It was only when I was getting back to the car about 4-ish that the wind and rain picked up. I took both the dugs. I didn't forget my camera this time - I just couldn't find it.

I got a couple of blurry photies on my phone though, just for posterity. 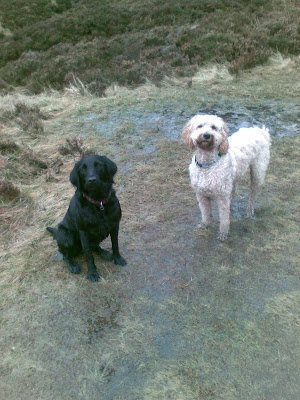