Fast forward a week or so...

...and we had been hoping to have a go at the Aonachs. The weather forecast on Friday evening rather put paid to that though. A long day in torrential rain with gale force winds wasn't ever likely to happen. Unusually though, we didn't cancel the walking plans altogether, electing for a rather easier jaunt to Glencoe and a quick yomp up Stob Coire Raineach on Buachaille Etive Beag. It's a hill I've done a couple of times before, but Andy still had to tick it off so it seemed a reasonable compromise for a rainy day.

Rainy it certainly was, but things improved a wee bit as the morning wore on, and it didn't take us much more than about two & a half hours all told. You could even see Stob Dubh at the other end for brief periods: 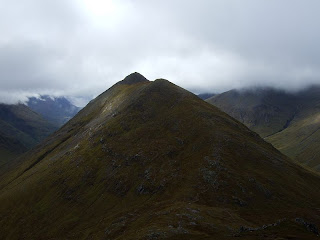 A right good dug walk, according to Jorja and Maura. Who took a bit of persuading to pose for summit photies! 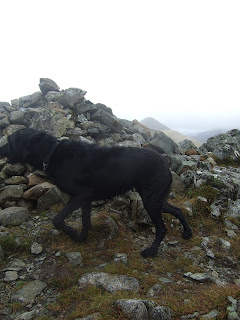 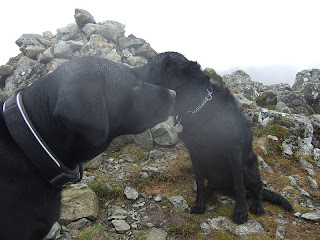 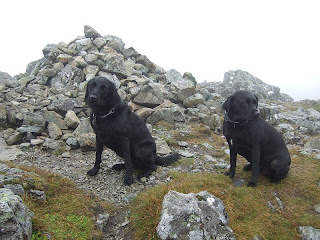 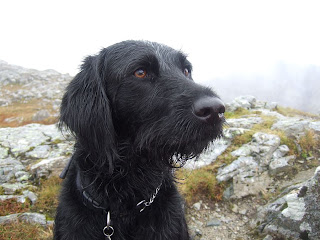 Oh, and brownie points for a relatively early return home on a Saturday. 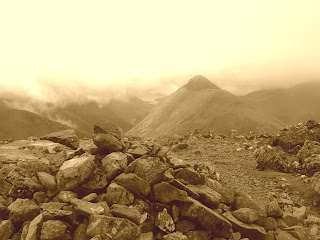