Jorja doesn't really do pain (unlike another, paler labradoodle of my acquaintance), but she'd been limping a wee bit over the last few days during her daily constitutional at Bothwell Castle. By the time she was back at the house though, apart from the occasional inquisitive lick, she wasn't displaying any adverse effects at all. Thus it was that I left it a couple of days longer than I maybe should have to take her to the vet, as I thought it was maybe just a sprain caused by her enthusiastic pursuit of the frisbee on the harder dry ground, or that she'd pulled a muscle or summat, and that rest would sort it. Turns out when we took her to get it checked yesterday that she'd damaged one of her dew claws, and the vet said it really had to get removed. Which he promptly did - and they don't bother with any anaesthetic for that.

Still, as I said, Jorja laughs in the face of significant discomfort, especially if there's a biscuit in it. The vet says she's a star. Which, of course, she is. 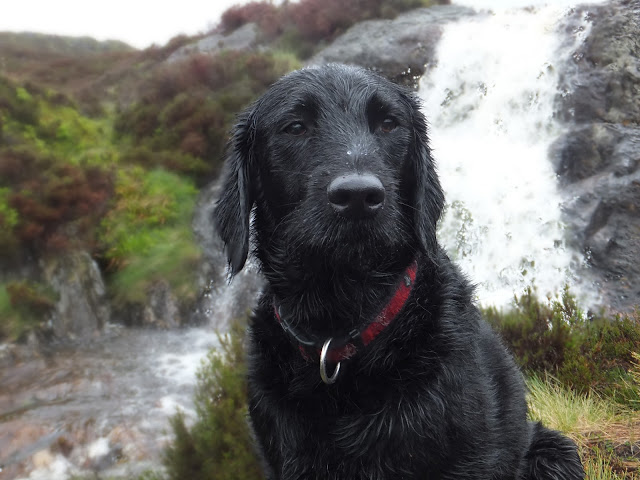