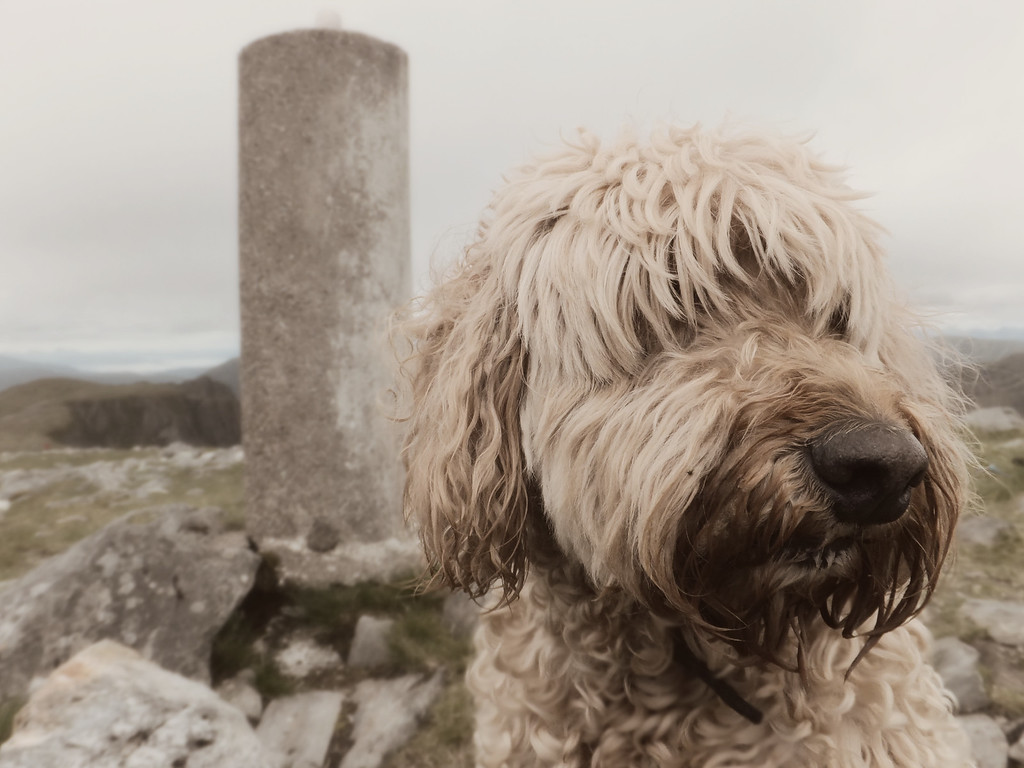 Or, that big hill right at the furthest away end of Glen Shiel.

As I said to Andy earlier today, if I hadn't had Molly in the car, I'd have been sorely tempted to turn around about 15 minutes before I arrived at the start point of the walk in Morvich, and head home. The last section of the drive was purgatory - even allowing for the fact that I was taking a sneaky Thursday off work, thanks to a half decent weather forecast.

It had started perfectly well. Left the house about 6:30am, and made reasonable progress as far as Spean Bridge. I'd elected - as usual these days - to head up the A9 and cut across from Dalwhinnie, rather than the Crianlarich/Fort William option. That last bit from Ballachullish onwards kind of grinds my gears and it's undeniably worse during the height of summer. I know I'm basically a tourist in that neck of the woods myself, but pottering along in a huge line of caravans isn't the best way to enjoy the majesties of Glencoe and the ensuing stretches of road.

Spean Bridge was actually more entertaining than normal. I established that in addition to the public toilets it boasts, one can purchase a very acceptable pair of bacon rolls for a total cost of £4, which isn't too shabby for hungry lowlanders and their hungry dogs after three hours in the car. It also gave Molly the opportunity to go through her repertoire of taking bows and barking on command to a coachload of American sightseers who had been simultaneously offloaded to sample the delights of the woollen mill.

Refreshed and replete, I set off with (for me) uncommon enthusiasm. Shortly after Invergarry the penny dropped that the A87 on a weekday mid-morning is effectively rush hour for articulated lorries heading Skyewards.

Gosh, it was slow.

It's amazing how fatigue can kick in quickly at moments like that. It felt like I'd been awake for ages, and driving for ages, and the prospect of a six hour walk was, well, emptying me of glee, if that's a phrase. Perhaps ironically, I was saved from the ignominy of turning tail by my renowned over-cautious approach to overtaking. By the time I'd satisfied myself it was safe to actually pit the foot down and go for it, everybody else that had taken the plunge earlier was so far ahead that I regained a fair bit of lost time. Or at least that's what I'm telling myself. Whatever the reality, an element of mojo was regained, and thanks to the crystal clear Walkhighlands directions, I even found the car park at the first attempt.

The adjacent caravan park at Morvich looks rather enticing. Well placed and well kept. One to keep in mind as a Glen Shiel walking base for the future, because I camp so often these days, obviously.

As for the walk itself, I thoroughly enjoyed it. The path across the moorland, up the glen and towards the bealach just gets better as it goes on, and any hillwalk with two separate hanging corries is fine by me. It's also a route that tends to take a while to reveal anything in the way of views proper - and those are undeniably worth waiting for. The path gets faint and the terrain gets boggy just below the summit; and it's not the ideal dog hill as there are random groups of sheep and feral goats high up, but Molly hasn't been up a Munro for a while so she was too busy "conserving her stamina" to be interested in the wildlife.

I was up at the summit in a shade over three hours, and back at the car just under two & a half hours after that. I'm not saying I was looking forward to the drive home, but I made slightly better time than on the outward leg and was back in Bellshill just after 9pm. I'll settle for that as spending a summer's day wisely. Depending on one's personal definition of wisdom.

As to the way up, I doubt you could do better than follow the Walkhighlands route suggestion.

It wasn't a great day for photographs as it turned out, but predictably I'm including a few regardless. This next bit is key - if you're heading for Beinn Fhada, hang a right. Straight ahead takes you to the Bealach an Sgairne. Which wasn't on today's agenda. Oh, and look out for the wee cairn, because it's unlikely the dog'll be there. The path is still pretty good, all the way up to the plateau. It's kind of odd how it peters out thereafter, and as all the guidebooks say, you can expect navigation practice up here if you're less lucky with the weather than we were.

The views open up properly after the last section onto the plateau. (Which is quite a steep and boggy section, unusually.)

And then, much in the manner of the grand old Duke of York, when you're up, you're up. 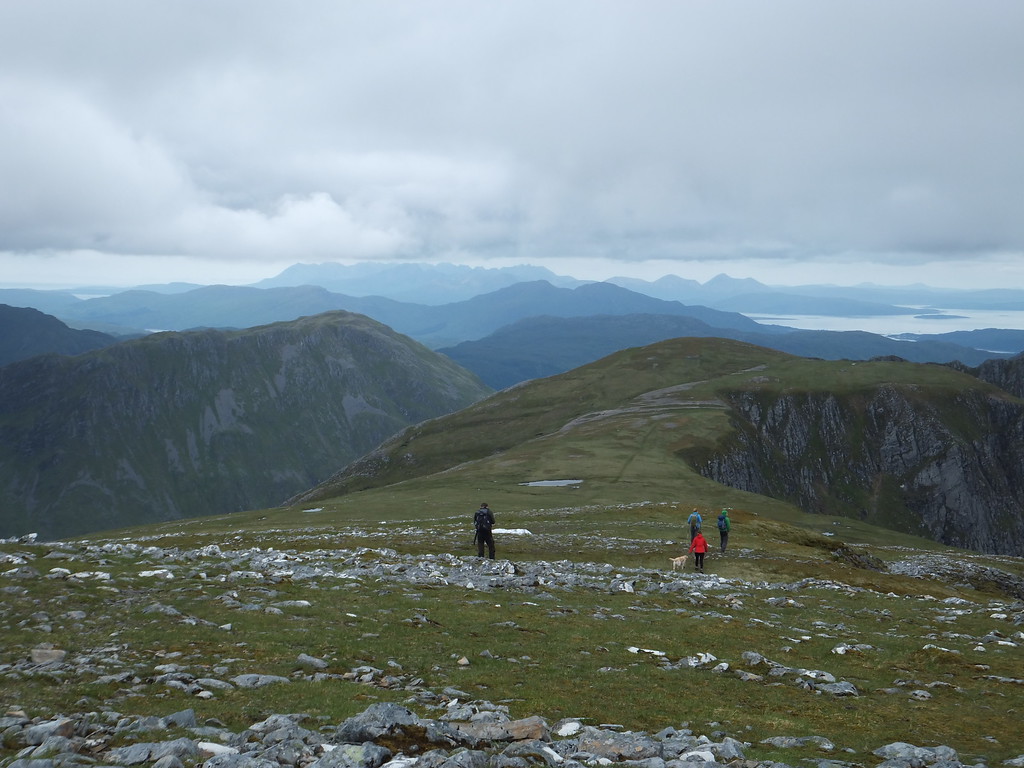