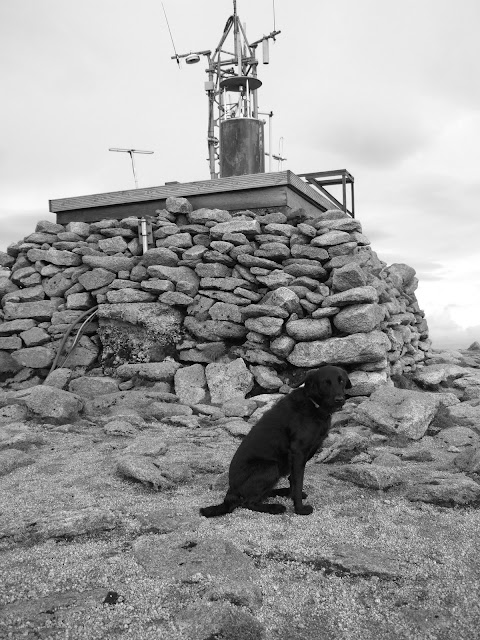 
Following the two and a half hour Meikle Bin dauner, and the four and a half walk up Ben Venue, the stakes were raised somewhat with a nine hour sojourn to climb Scotland's sixth highest mountain. Which only involved three hours of actual walking. So I managed no bother.

Too windy for successful photography as it turned out - I have a plethora of blurry pictures of dugs if anyone's interested though.