Answers on a postcard

...if you can shed any light on the thought processes that go into this.

Munros and long drives weren't on the agenda for this weekend, but I decided this morning that I'd take the dugs up Meikle Bin for their daily constitutional rather then heading down to the castle. It's no' even a two & a half hour walk, and if I'm being honest Molly kind of prefers that sort of thing to 12 hour Cairngorm epics. ;0)

On the way up it did occur to me that there was an uncommon number of discarded plastic drinks bottles which seemed to have been thrown into the path verges, but hey - it's a popular walk, it's close to civilisation, and if there are kids about, you'll get litter. I made a note to pick a few of them up on the way down.

The bit that I couldn't quite fathom though was what lay just beyond the summit, at the traditional oot the wind sandwich spot: 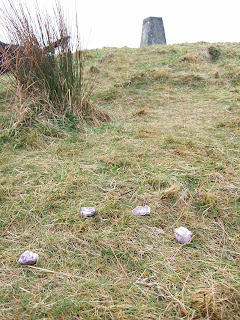 Four used teabags, arranged seemingly carefully in a semicircle, and left there.

Now. If you're organised enough to sort out tea at the top of an 1800' hill, then you've either got a stove together with a pot and the requisite water; or else you've trailed a thermos flask all the way up. In either case, you're probably an "outdoorsy" sort. Accordingly, what unearthly logic would then make you decide to save the weight of the teabags on the descent? Even leaving aside the basic common decency "don't litter" proposition. Who did they think was going to pick them up? The fucking Teabag Fairy? Who, if he exists at all, incidentally, would be me, seeing as that's exactly what I did.

Still, on a brighter note, the dugs thoroughly enjoyed their wee day out. 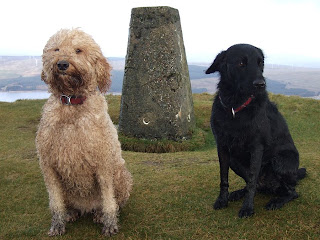 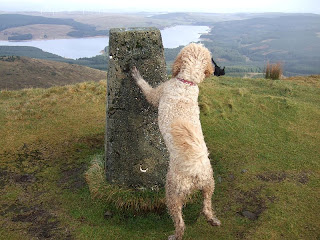 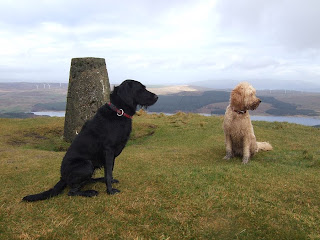 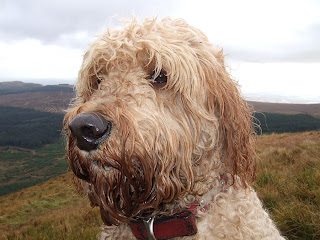