An anomaly in the space time continuum... 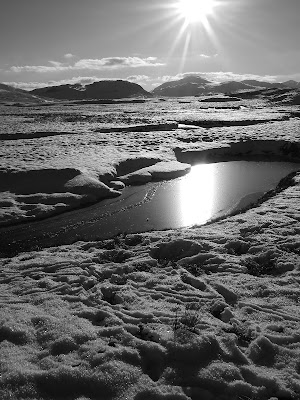 ...resulted in me actually making it up a hill last weekend. The combined motivational powers of Gordy, Andy and myself saw us sitting in the transport cafe at Newtonmore as early as 10am on Sunday, firm in our collective resolve to head across towards Laggan and conquer Creag Pitridh (which as the alert reader will recall, defeated me & Andy last time owing to terminal navigational ineptitude).

The firm collective resolve wavered only slightly when Andy suggested that rather than walking up a big hill we should have more breakfast and then go to Aviemore to see Mercedes the polar bear, but that sounded ever so slightly like a cop out so there was really nowt else for it than to stick to plan A.

In fairness, it turned out to be the right decision - it was a spectacular day for walking.

We had left the many and varied dugs at home, not knowing what the conditions would be like higher up. Canine-provoked avalanches were something we felt best avoided. In the event, although there was plenty of snow about, there was only a few inches of powdery stuff over a thick crust - at least on the route we took - so the going was slow but not dangerous. And in truth, I couldn't blame my slow going on anything other than a worrying lack of fitness.

A good path, well trodden from Luiblea leads up towards Lochan na Earba, passing a different bit of earth moving equipment from the one me & Andy saw last time we were up here. 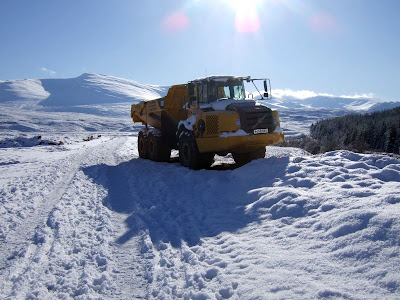 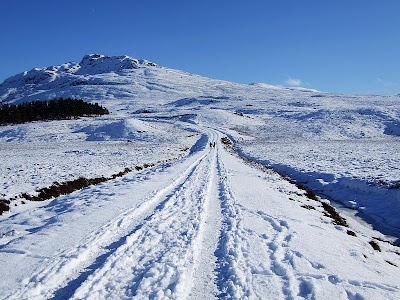 It's nice to have a bit of variety. 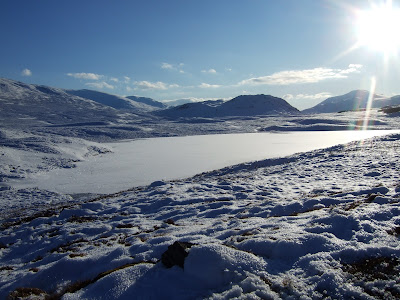 The above wee (unnamed) lochan that you pass en route was comprehensively frozen, as was Earba itself, nestling rather picturesquely between the craggy Binnein Shuas to the west and Sgurr an t-Saighdeir to the east. 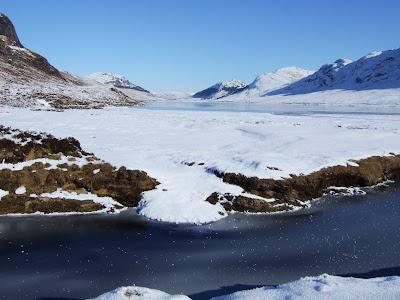 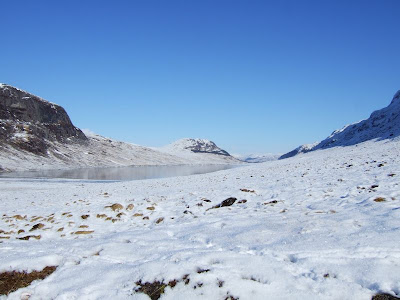 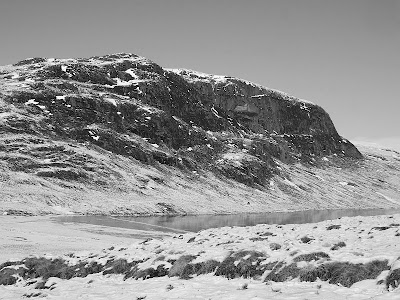 The wee wooden bridge there is a cracking viewpoint. 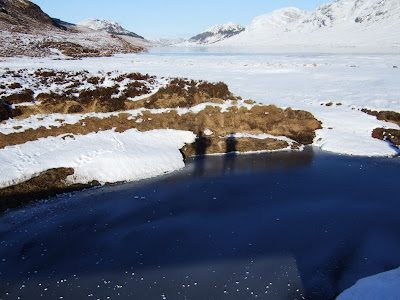 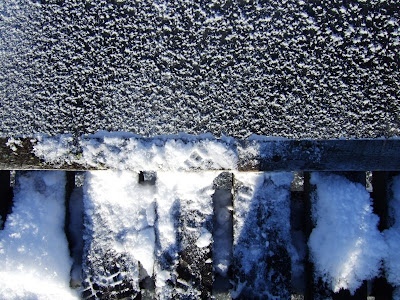 The track then curves round to the lower slopes of Creag Pitridh and in conditions like this Beinn a Chlachair is a very imposing hill. 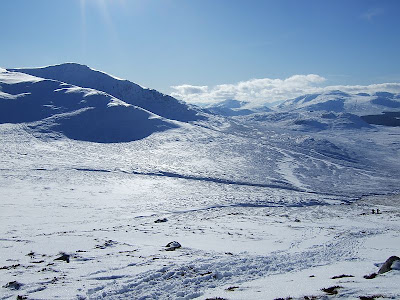 We'd had vague thoughts, while we were walking along the flat track to that point that we might do Geal Charn as well, but the trudge up Pitridh soon began to tell on my legs, and I knew that I was going to be happy if I managed to get up one hill, never mind two.

By great good fortune however there was a herd of fairly laid back deer just sort of hanging around, staring at us, so I was able to stop for a while and pretend I was taking loads of wildlife photies. 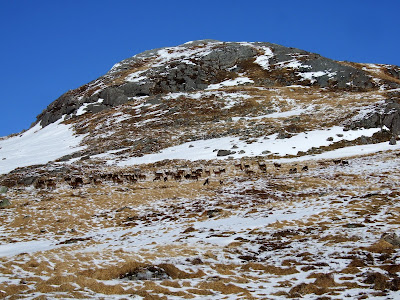 Passed a few folk who were coming down, and it was one of those days when everybody was smiling at just being out on the hills in those conditions. A couple of folk unwittingly provided a wee bit of scale for the photies as well. Awfy kind of them. The one below is the view over towards the hills that sit around Loch Treig, and away in the distance I think Ben Nevis - well, a bit of it - is keeking out from behind everything else. 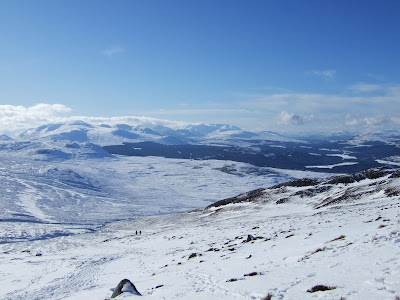 Whisper it, but it took us a good three and a half hours to get up, and about one and a half to get back down. That's probably because our fitness levels improved during the course of the walk, mind you. 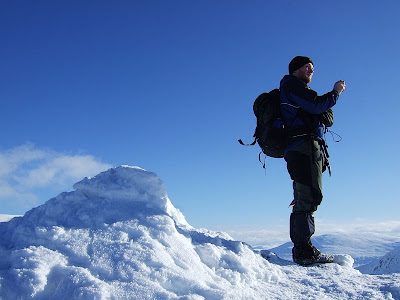 I only took the one photie at the summit, because Gordy was busy filming a high quality video panorama, which I'm sure he'll be sharing with the world shortly.

Edit: sharing that, and some better photies of the day!

No' a bad wee jaunt all told.