The last few days of the holiday were relatively action-packed, in that we saw two white tailed eagles wheeling high above the road to Tobermory when we were driving up; it was the Wee Black Dug's third birthday on the Friday; and we went for a jolly nice walk from Tobermory out to the lighthouse at Rubha nan Gall. There was also the heady excitement of the homeward journey on the Saturday, of course.

Now, I must advise from the outset that there are no photographs of the eagles, but it was a kosher sighting, honest. They were near the road end for the Loch Frisa forest trail for one thing, they were entirely in accordance with the descriptions in the two - count em, two - bird identification books we'd bought, and they also looked like flying barn doors, which is apparently the dead giveaway.

Seriously, it was a magnificent sight. We watched them for ages until they spiralled up, up and away, and it was definitely a highlight of the week. I'm thinking about buying a Big Camera, just in case the opportunity ever presents itself again. After I learn how to work my existing Wee Camera, of course. :0/

There's a good description of the walk to the lighthouse here, so apart from stressing how cool it is that it was Robert Louis Stevenson's grandfather that built it I'll not repeat the good bits.

It's in no' a bad location altogether. Ben Hiant dominates the proceedings directly across the bay. 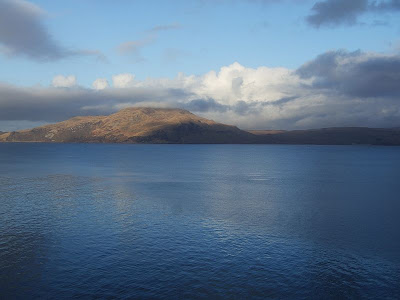 There's a nice view past the lighthouse over to Kilchoan, where you can get a ferry to Tobermory in the summer. 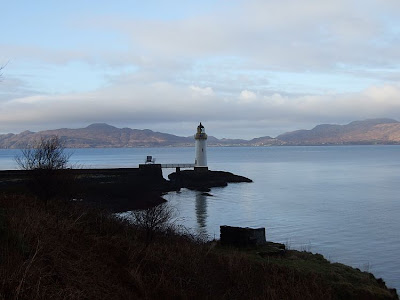 And down in the distance to the left of that (although it's, er, on the right in this photo) you can see Ardnamurchan point, the most westerly point on the mainland. 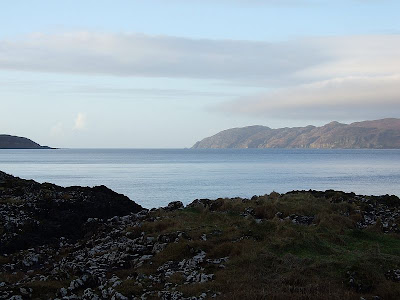 Oh, and me and Marion decided we could definitely live in the old lighthouse keeper's cottage. Wonderful. Even if Tesco would have to deliver by motor launch. 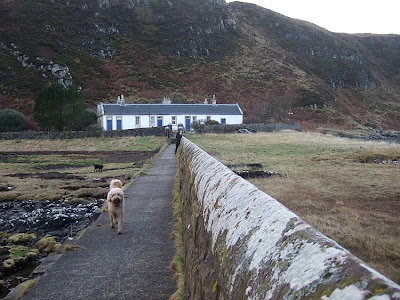 Back in town, a notice outside the famous Mishnish attracted our attention. Marion's version is so good that I was seriously tempted to drive back up the next weekend.
;) 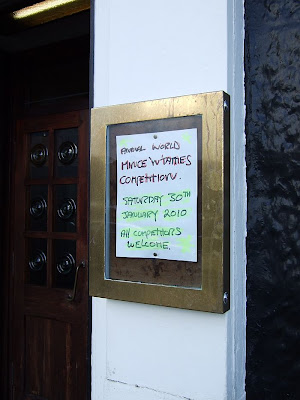 Another bite to eat in Macgochan's (the Mishnish wasn't doing food in the evenings, for some reason) before we set back off to the flat for Jorja's birthday celebration. Which didny actually involve anything different from what we did every other night of the holiday, except that the dugs both got a big daud of leftover mince pie from the night before. Which can't be bad, if you're a dug. 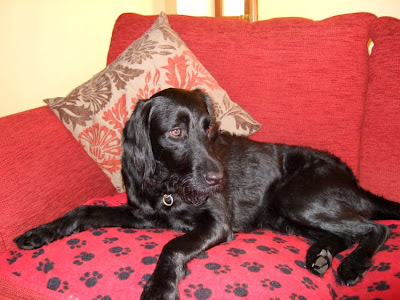 Up early on Saturday to take the dogs to Aros park for their constitutional before the long drive home, and indeed to pick up the bulk pack of sausages from the spectacularly good Tobermory butcher, which Marion had had the presence of mind to order earlier in the week. Some of them were for gifts, but a lot of them were for me to eat in the hoose.

A couple of farewell photies of Tobermory Bay... 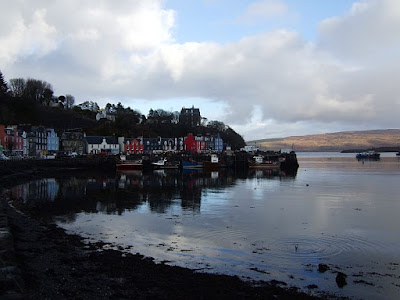 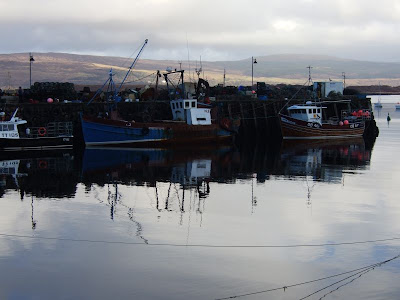 A couple of farewell photies of our home for the week (ours was the flat with the furthest away brown front door, if anyone's desperate to know) 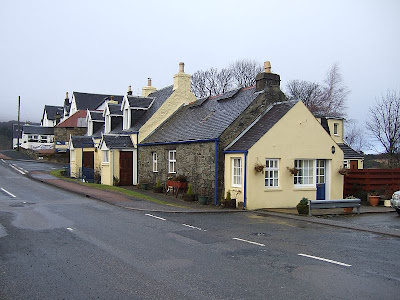 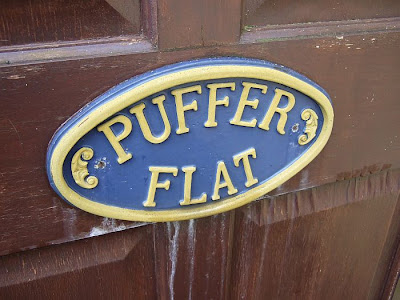 ...and even a picture of the crafty porthole/light/picture frame affair in the living room (the Puffer Flat had a heavy maritime theme going on, as you might expect!) 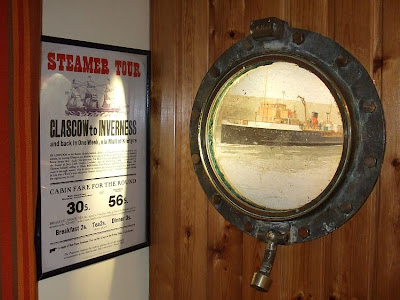 And a couple of photies of Molly chilling out on the ferry to Oban. 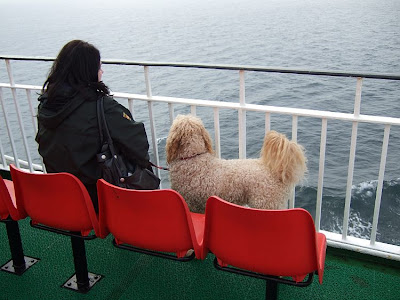 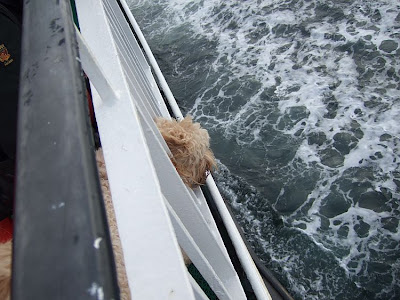 Jorja was safely ensconced in the indoor dog lounge. She's no' an on deck dug.

It was a good week. As a wee bonus, we were at Craignure in time for the 11am ferry rather than the 1pm boat we'd anticipated so we got driving down in the daylight, and that also meant we could pick a noticeably relaxed big Bob up from the cattery a day early. I love it when a plan comes together.