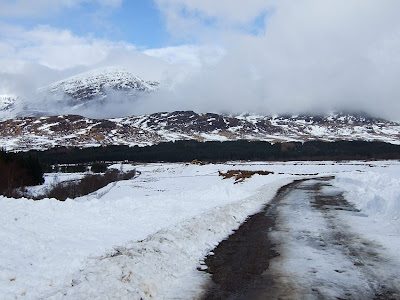 What I'd normally do is moan about the fact that I spent yesterday failing to get up a new hill. Having had a word with myself however, what I'm going to do is post some photies of a great day out I had with the Wee Black Dug, during the course of which I got more than 2500 feet up a mountain in deep snow.

Bereft of inspiration, I'd decided to go back to Laggan and have a go at Geal Charn, the hill right next to Creag Pitridh. The reasoning was that I knew the way; it was a dug-friendly jaunt; it fitted into the daylight available, and for a new Munro I had more chance of knowing whit bits might be avalanchey there than anywhere else.

I'd like to blame the fact that I didny get up it on running out of time, because I did a power of faffing about before I left (I'm rubbish at getting organised on time unless I'm picking other folk up or getting picked up) but the truth is I was simply knackered.

Even the path at low level had long sections with snow drifts two or three feet deep, which didny make up for the sections that were, bizarrely, clear of snow altogether. 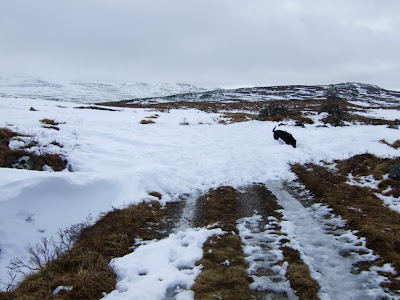 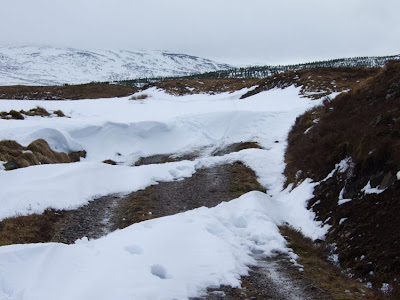 Jorja had to flap her ears furiously for vertical lift, to ensure she didn't sink in whilst breaking the trail: 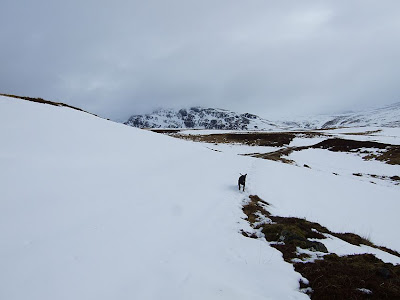 There was a path here two weeks ago... 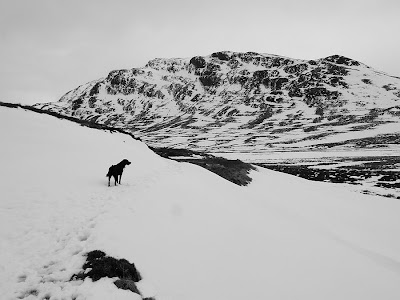 Higher up it was a case of trudging through seriously deep, powdery stuff.

I tried this next photie in black & white incidentally - and there was no discernible difference. ;0) 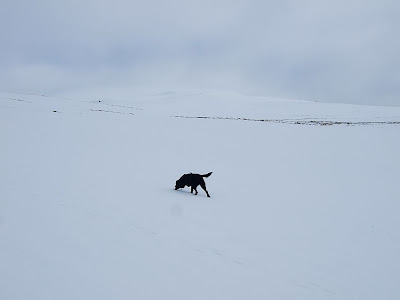 It wasn't like last week at Aviemore, because you could make progress albeit it was heavy going. The real problem arose because at random intervals - never more than about twenty paces, mind - you'd just plunge through the snow up to waist level. That got a wee bit dull after four hours, and factoring in the 1000 feet of ascent I had left, the length of time it had taken me to get there, and my general debilitated state, I thought turning round was the safest option. Of course, the descent was very near as tiring as the outward journey, because the bastard snowdrifts didny know I was going downhill.

This is as far as I got - at least I managed a photie of the last hill I was up. 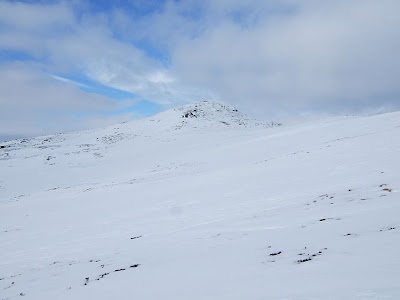 And Beinn a' Clachair looking moody. 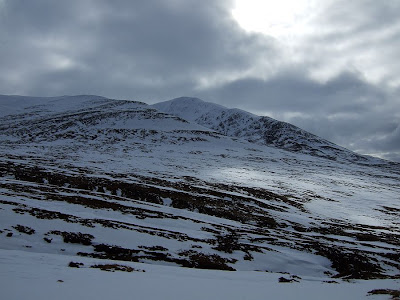 And Jorja looking pensive. Or looking for food, one of the two. 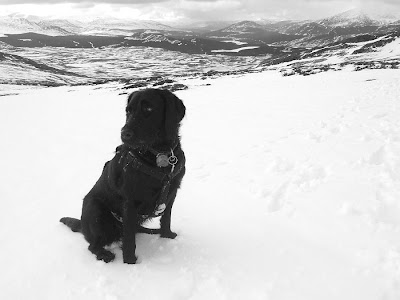