The attempt last February was good fun, but less than completely successful from a hillwalking perspective, so a return visit seemed to be a reasonable plan for last Saturday. Neither me nor Andy fancied anything overly strenuous, and although it's a fair length of walk, the ascent is relatively gradual. Until the very last bit, of course.

I had actually done Bynack More about three years ago when I had met up with various folk from Ouitdoors Magic, namely (in alphabetical order!) Cath, Elaina, Gordy, Matt, Paul & Steve.

Shamefully, only Gordy had a blog in those days which shows how long ago it was. Ahem.

Anyway, we hadn't had much in the way of views that time, so it was another reason for going back. The forecast was promising all last week, until Friday evening when the first mention of "thunderstorms" and "torrential rain" appeared. Still, it was only supposed to be a six hour walk.
:0/

As it turned out, we were lucky. It was sunny most of the way, and dry all of the way apart from a light five minute shower when we were three quarters of the way up. We met a nice couple who were coming down, and they told us the rain had been like stair rods on the summit an hour earlier, so once again we had established that the sun does indeed shine on the righteous.

The first highlight of the day was the Green Lochan. 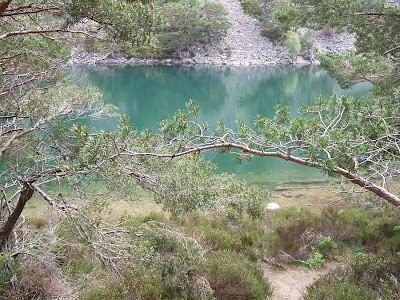 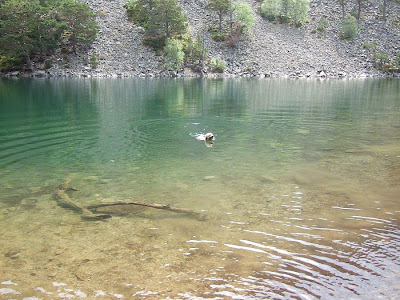 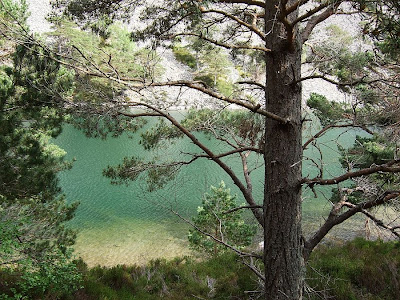 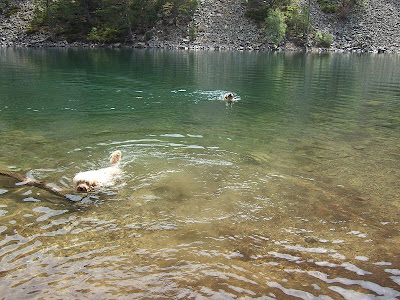 I don't know how they come up with the names for these things.

There was slight disappointment when we reached the turn off just before Ryvoan bothy and found out that the signpost Jorja dug out of the snow on our last trip... 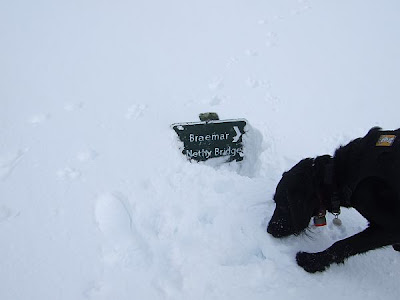 ...wasn't quite as toweringly huge as we had thought at the time: 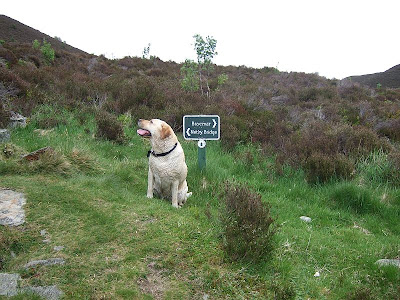 (To be continued - work calls. Bookmark this page and make sure you don't miss out on the forthcoming photos of me and Andy walking two dugs up a big landrover track!)