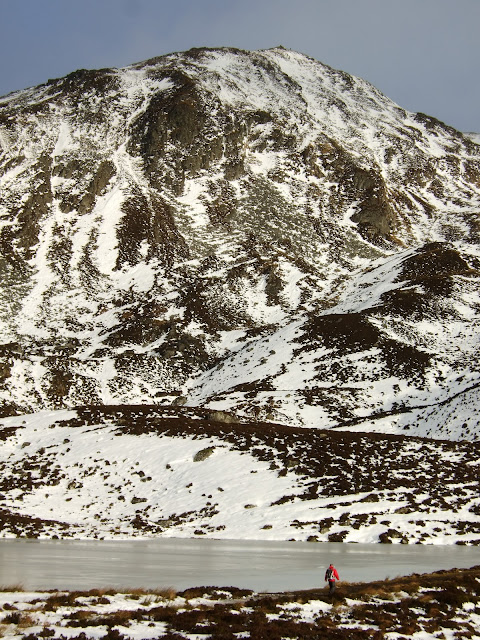 Ohh, yes. Difficult though it may be to comprehend, Andy and I bravely disregarded the windladen, blizzardy MWIS prediction for today and ventured to Pitlochry to have a go at the local Corbett. We were armed to the teeth with crampons, ice axes, bothy shelters and the like, but in the event nothing other than a bit of wheezy footsore perseverance was needed to get us up to the top and back to the car in three & half hours.

I could get used to these 8am departures, and returning home while there's still enough daylight to walk the dugs. Are all Corbetts as user friendly?

First time out for a long, long while of course. The decision to leave all the mutts at home was still the right one I think, even though - as it turned out - they'd have been fine. There were just too many imponderables beforehand about the amount of snow and ice that we'd encounter to make it a worthwhile gamble. Next time.