I think the main reason I haven't written up a post about last week's Beinn Dearg walk is that I've subliminally decided that because it was a long walk, it'd take me ages to commit it to paper. Or whatever it is that writing it online commits it to, obviously.

Instead, because I'm a trifle weary having walked up another hill today, and then come home and given the grass its first cut of the year, I give you a selection of photies of Molly's cautious resumption of walks at locations other than Bothwell Castle. She doesn't get much of an opportunity to widen her horizons in the winter, as we leave her coat long (for reasons of high Tog value!) and the snow just sticks to it relentlessly. And once it's the Spring, she's kind of out of the habit of hillwalking, and - well - she misses oot, because Jorja's the one that gets the most out of Munros.

Not this year though! She's been clipped, the snow has largely disappeared, and she's conquered (for the first time!) the very popular Ben Vrackie.

Anybody that's ever read this blog knows what a walk up that hill entails, so I'll just post the pictures. ;) 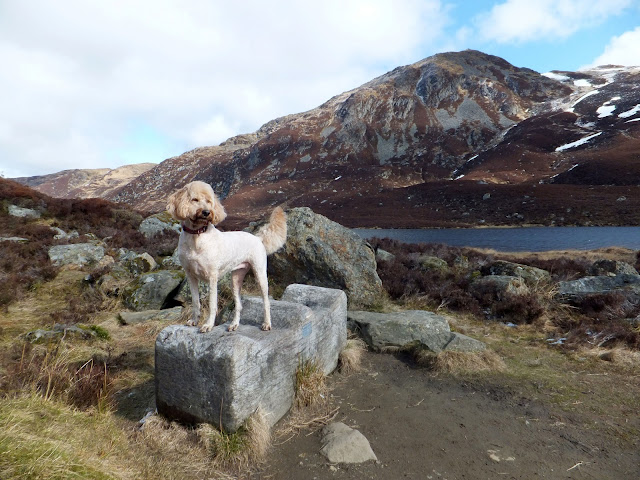