It's a good word, that. Here's a learned exposition on it.

It's a word that was pressed into frequent service last Saturday when me and Andy set off early(ish) doors to have a go at Carn Bhac. We were swithering about keeping going when we reached Perth in the pouring rain. We were swithering still when we paused at the Blairgowrie Tesco for supplies - in the pouring rain. Gazing at the packed Glenshee skicentre car park as we drove past caused a resurgence of said swither, as it rather appeared that every hillwalker in the environs of the Cairngorms had elected to abandon their planned route and nip in for coffee and bacon rolls instead.

The astute reader will probably have guessed that we were still in mid-swither when we alighted at Inverey. But, whatever, the dugs needed a walk, so we set off up the track to Glen Ey.

The Walkhighlands route takes you up the full length of the Glen, as far as Altanour Lodge. Ralph Storer's option departs Glen Ey at the ruins of Auchelie, and up and over Carn Creagach. In a bold move, we combined the two, and made an increasingly enjoyable round trip out of it. In truth, the main reason for any degree of enjoyment was the fact that the weather improved steadily all morning, with something called "the sun" making an appearance as we got to the top of Creagach.

It's not a terribly oft-frequented hill I don't think - especially as a stand alone target. We saw a couple of mountain bikes near the lodge, but no actual folk walking. We did see a higher concentration of grouse (dead and alive, as it happens) than I can recall coming across anywhere before, but other than that, hunners and hunners of sheep and some folk in Landy's on the main track we were on our own all day.

Oh aye - and the entire jaunt took place with the primeval echoing wonder of a full on mid-rut stag-roar soundtrack. Spine tingling stuff. 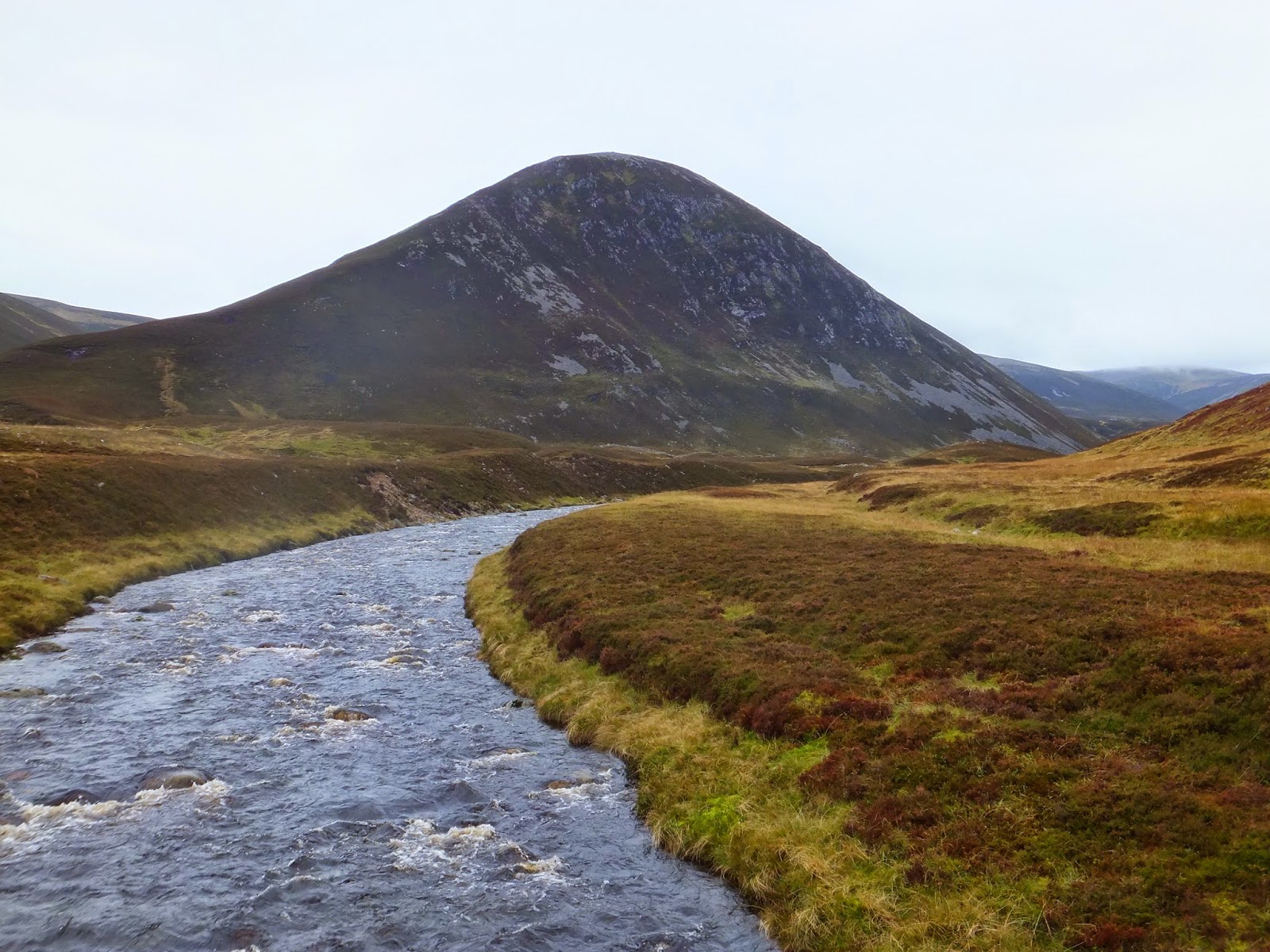 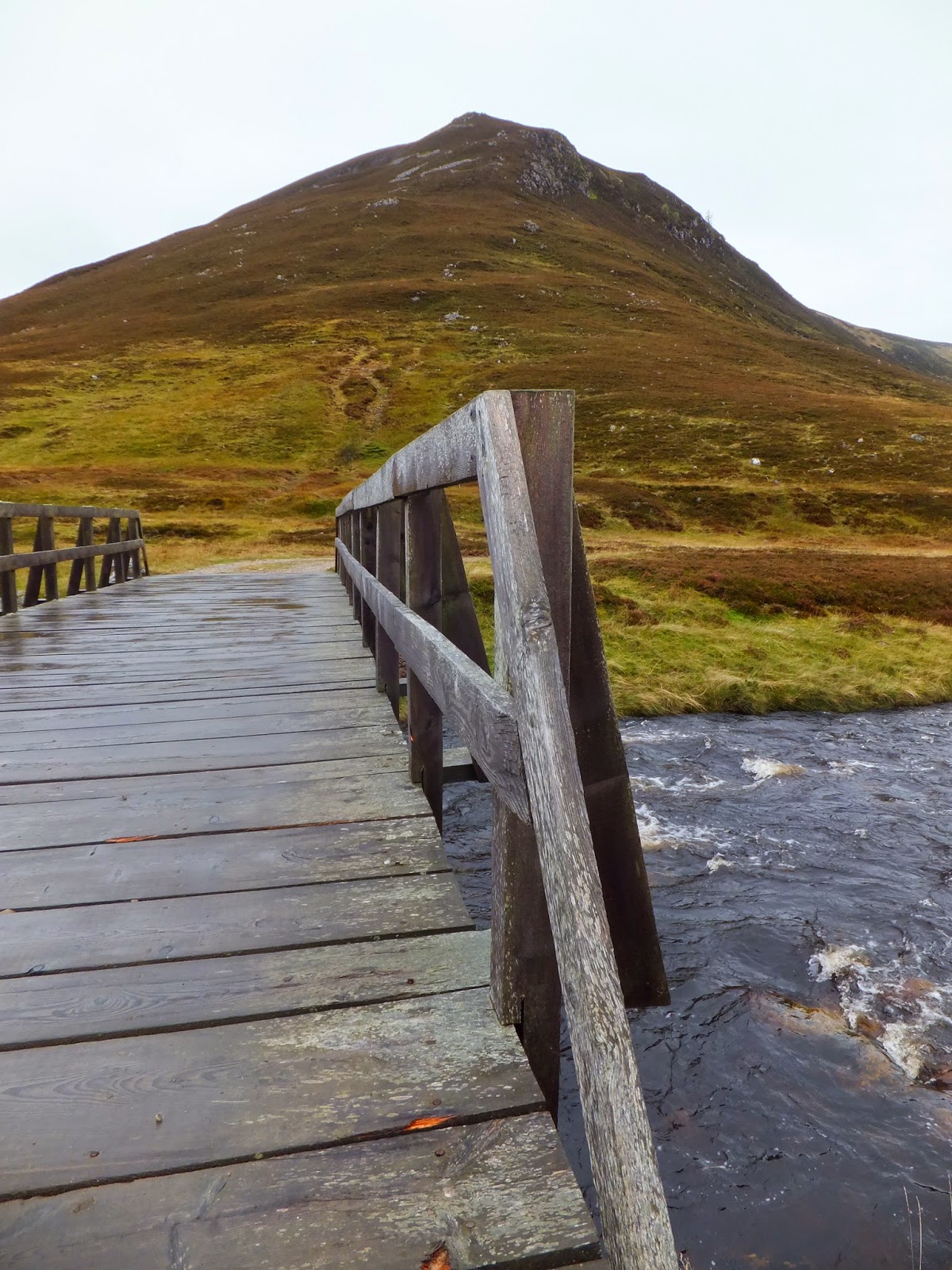 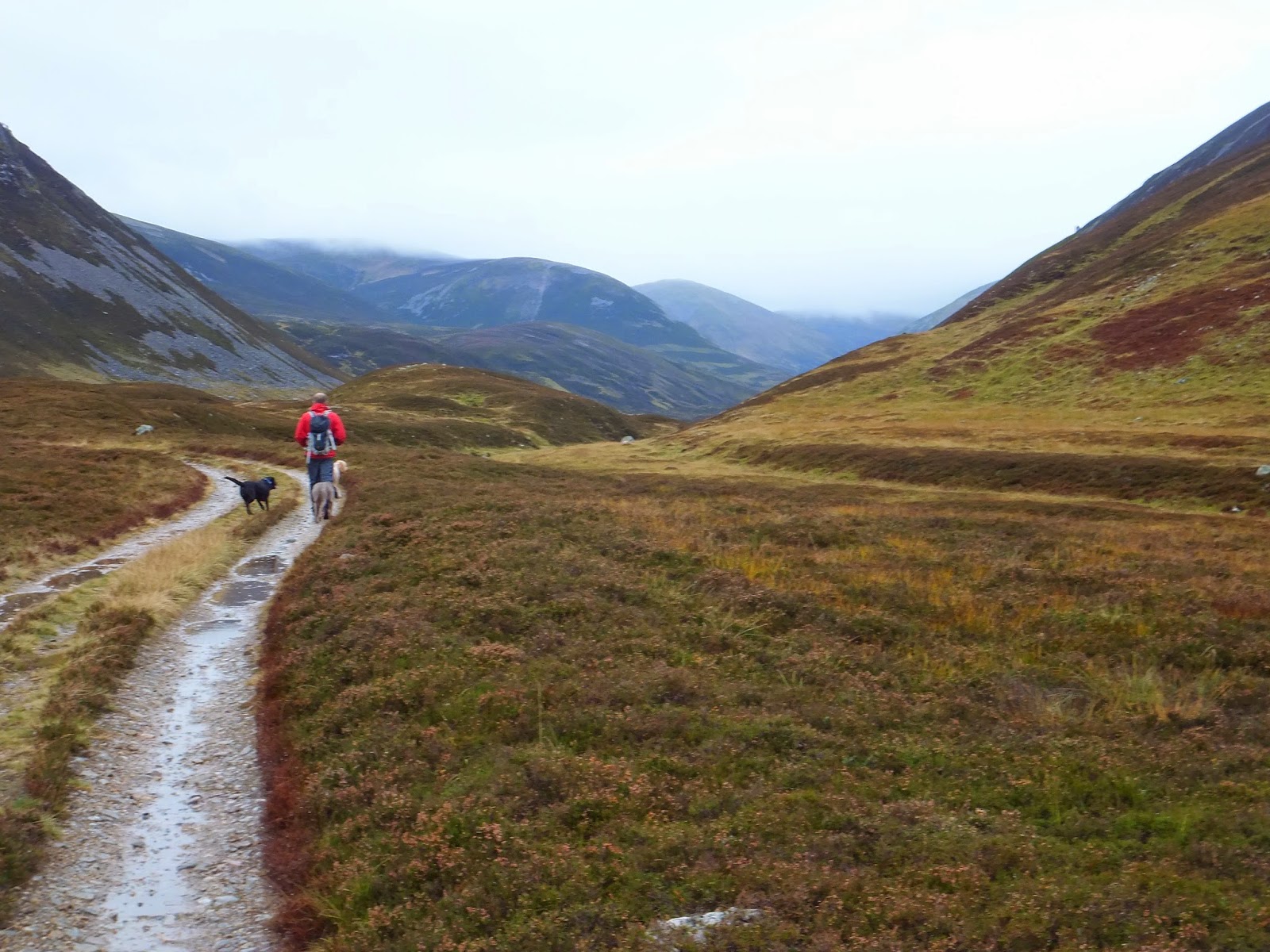 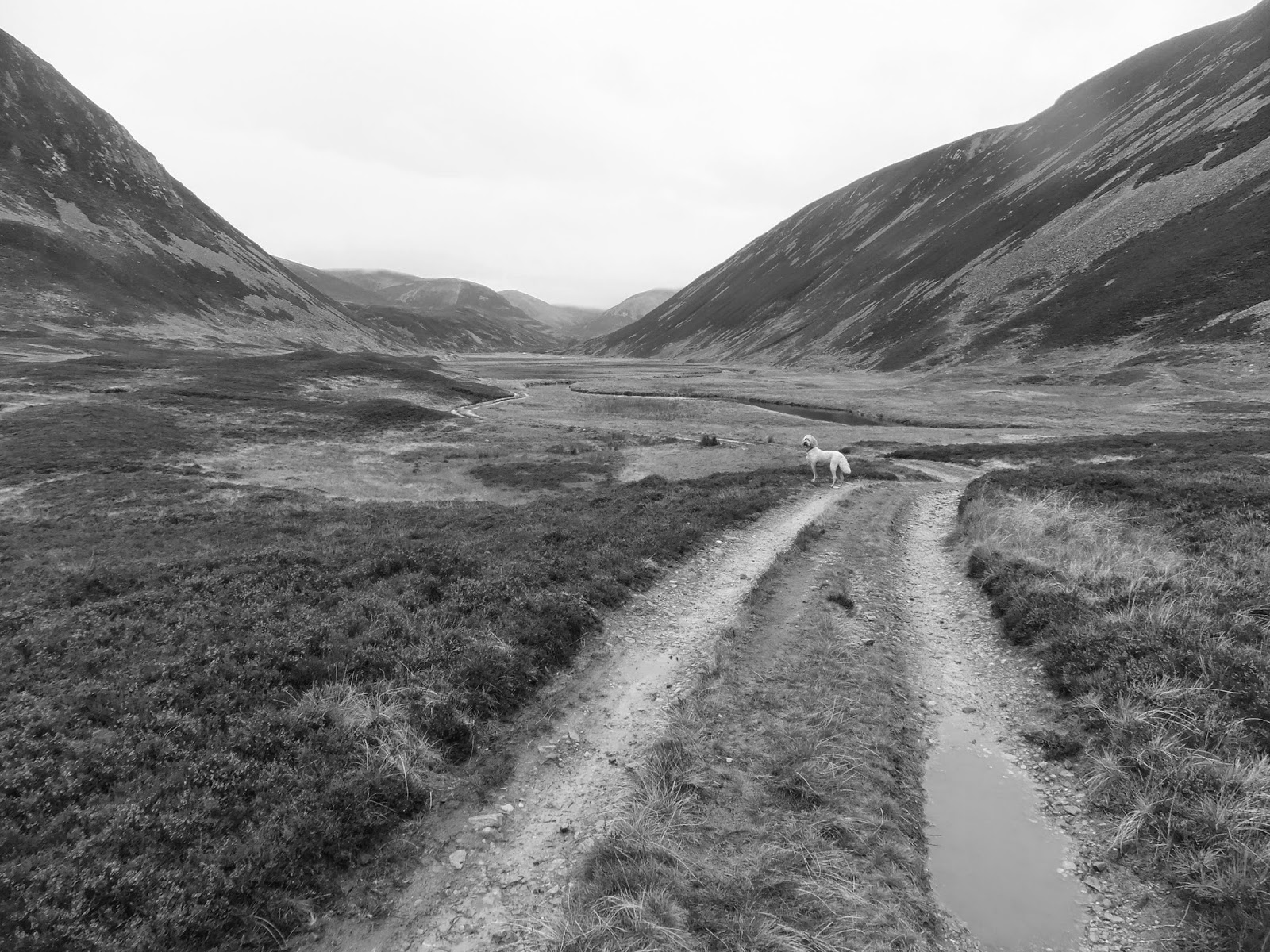 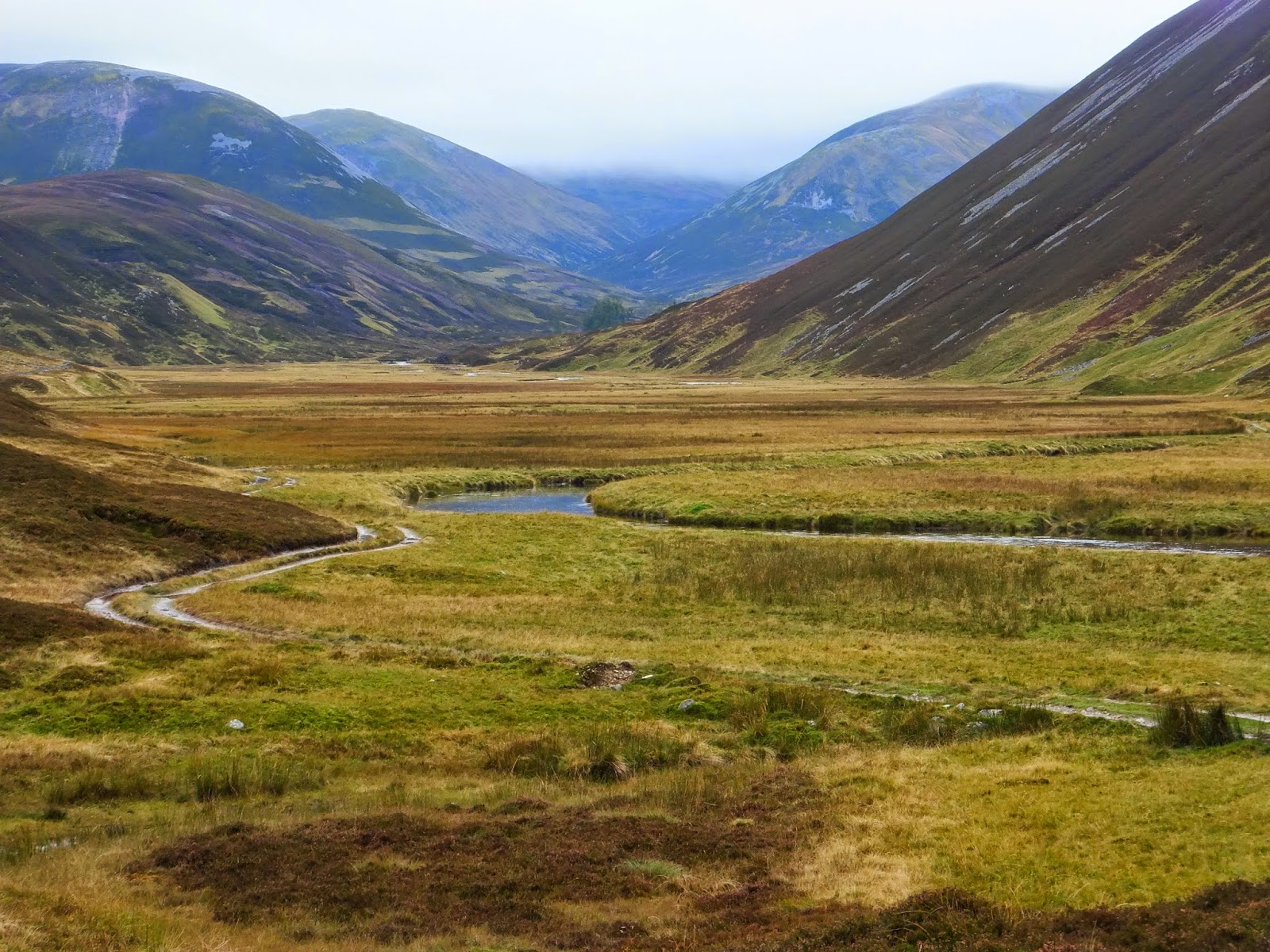 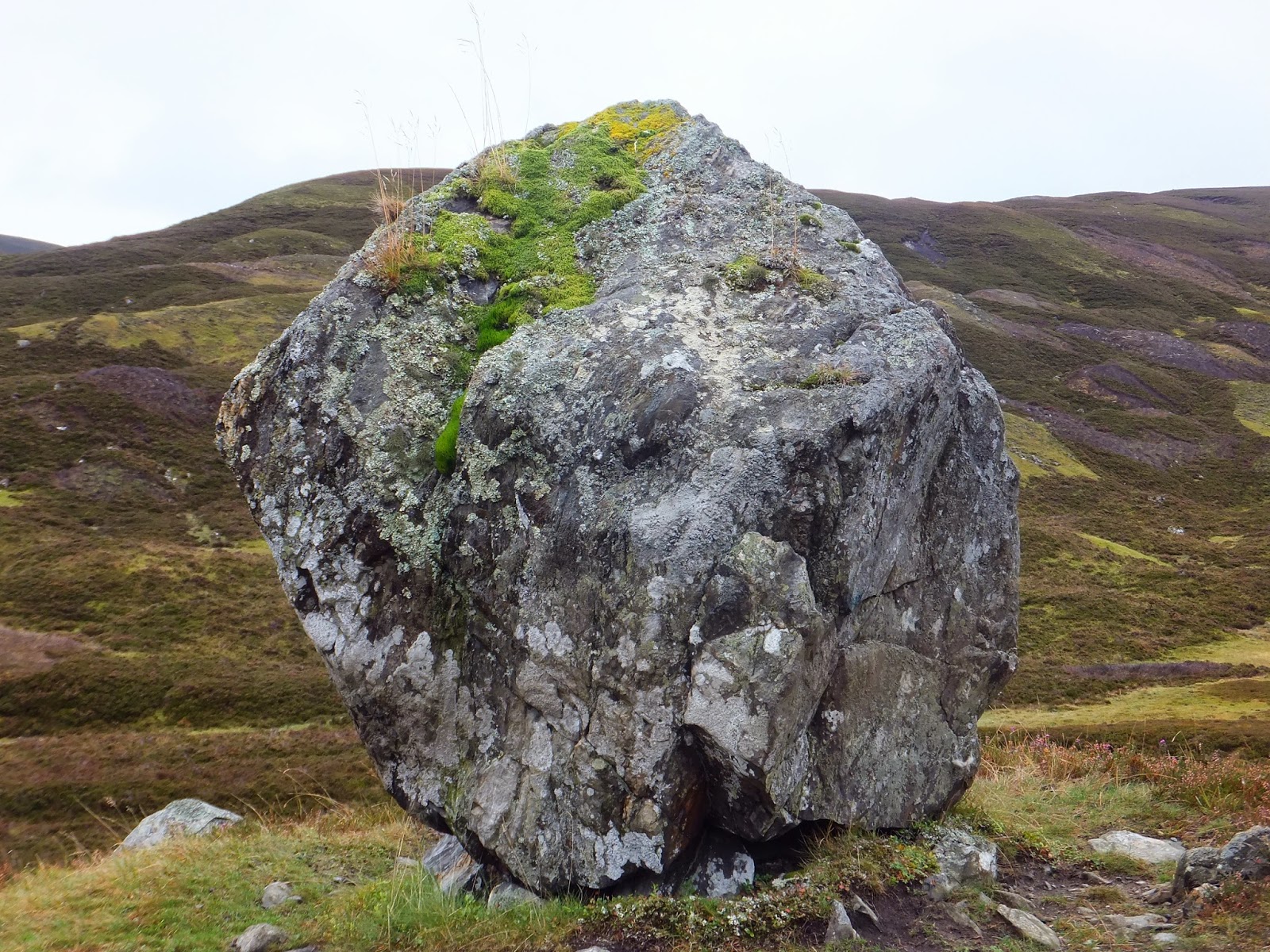 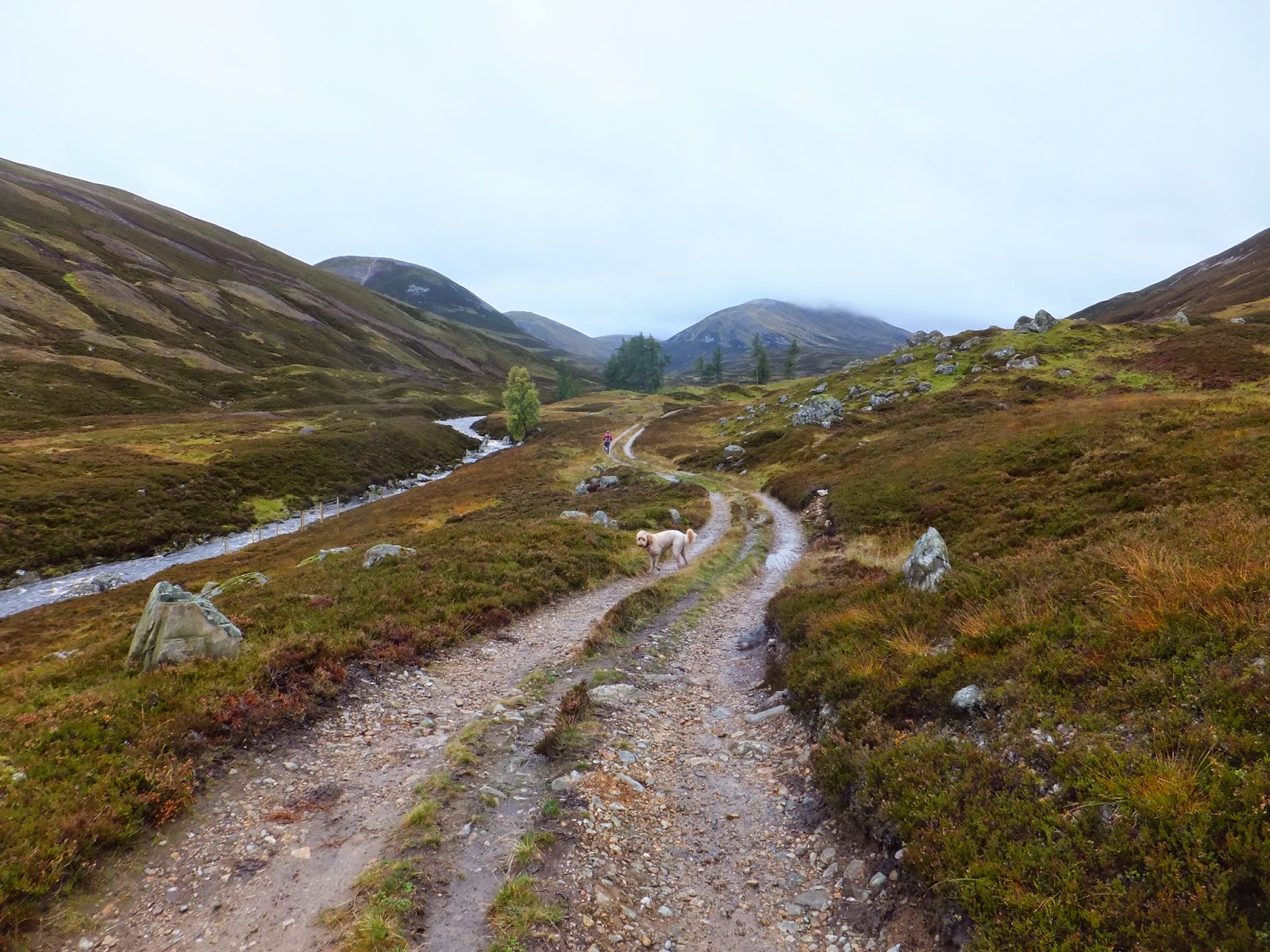 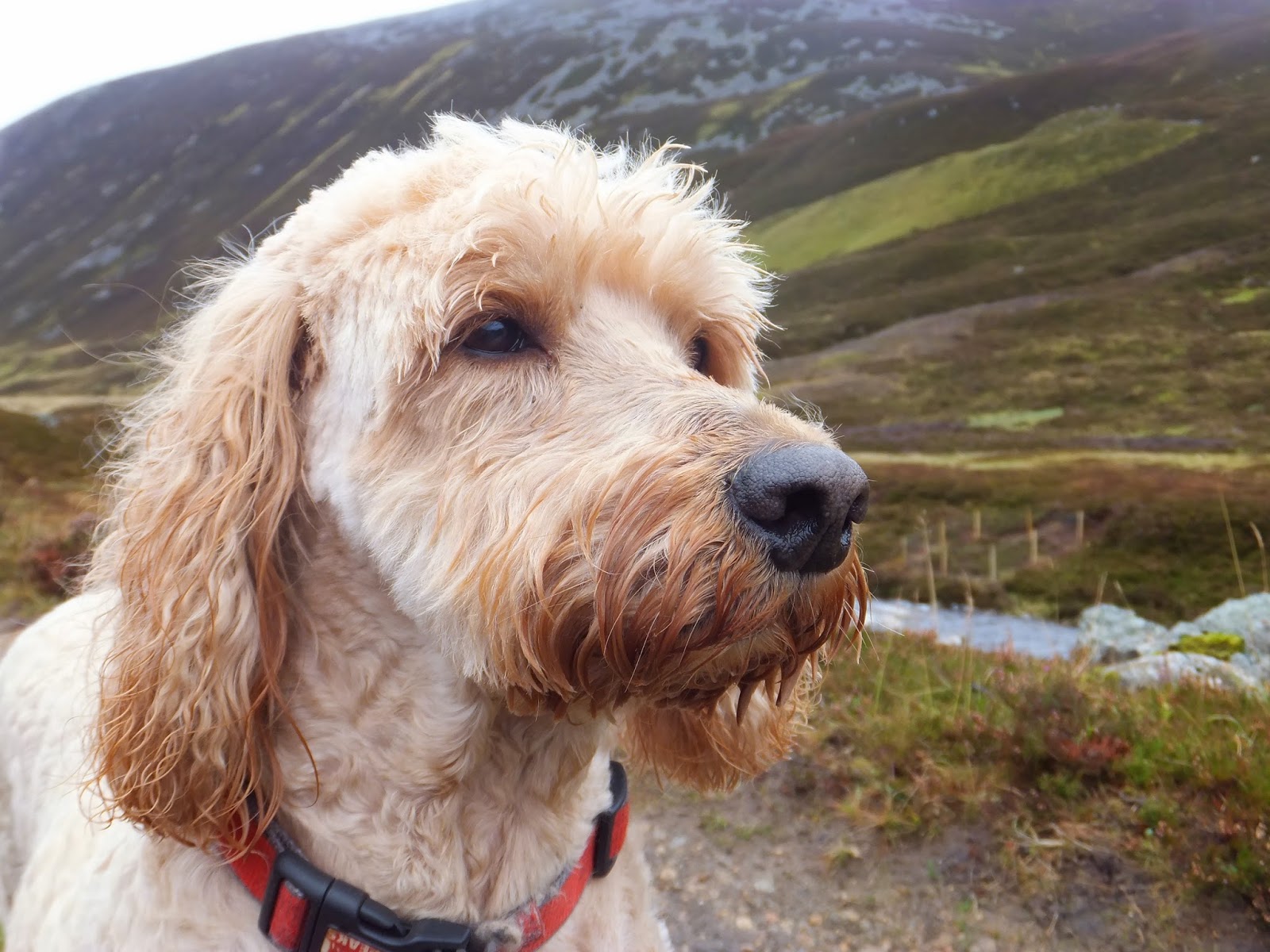 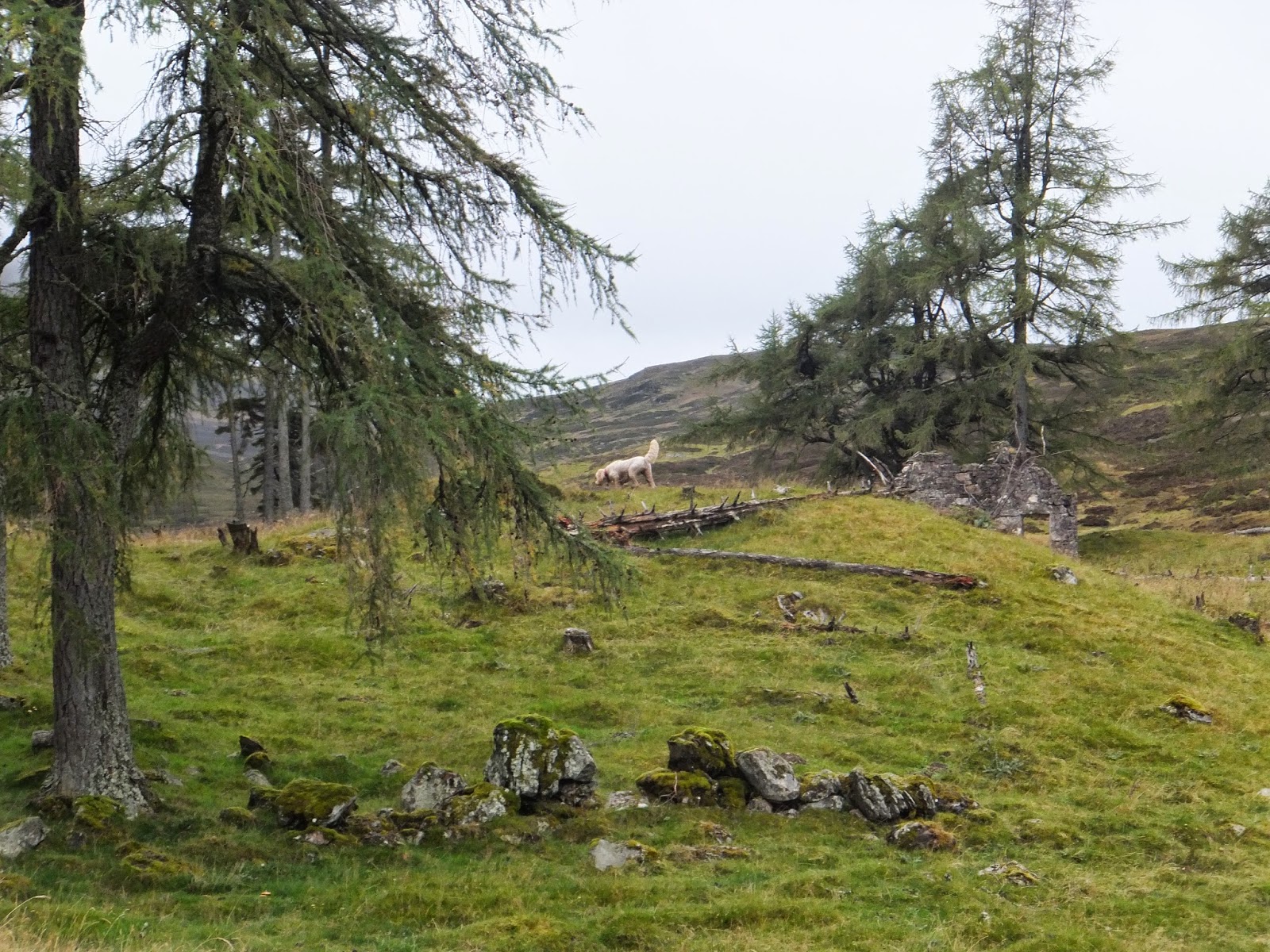 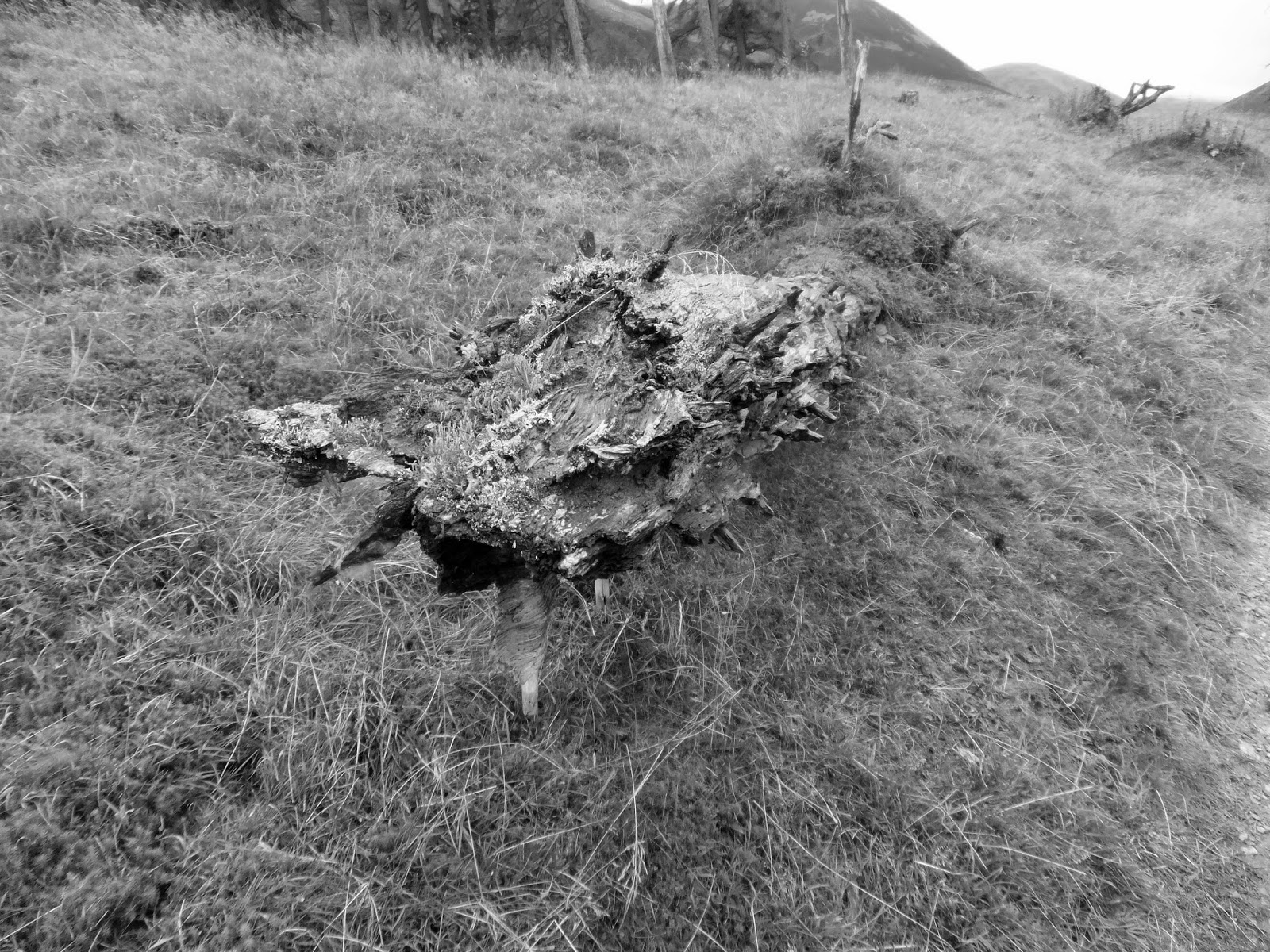 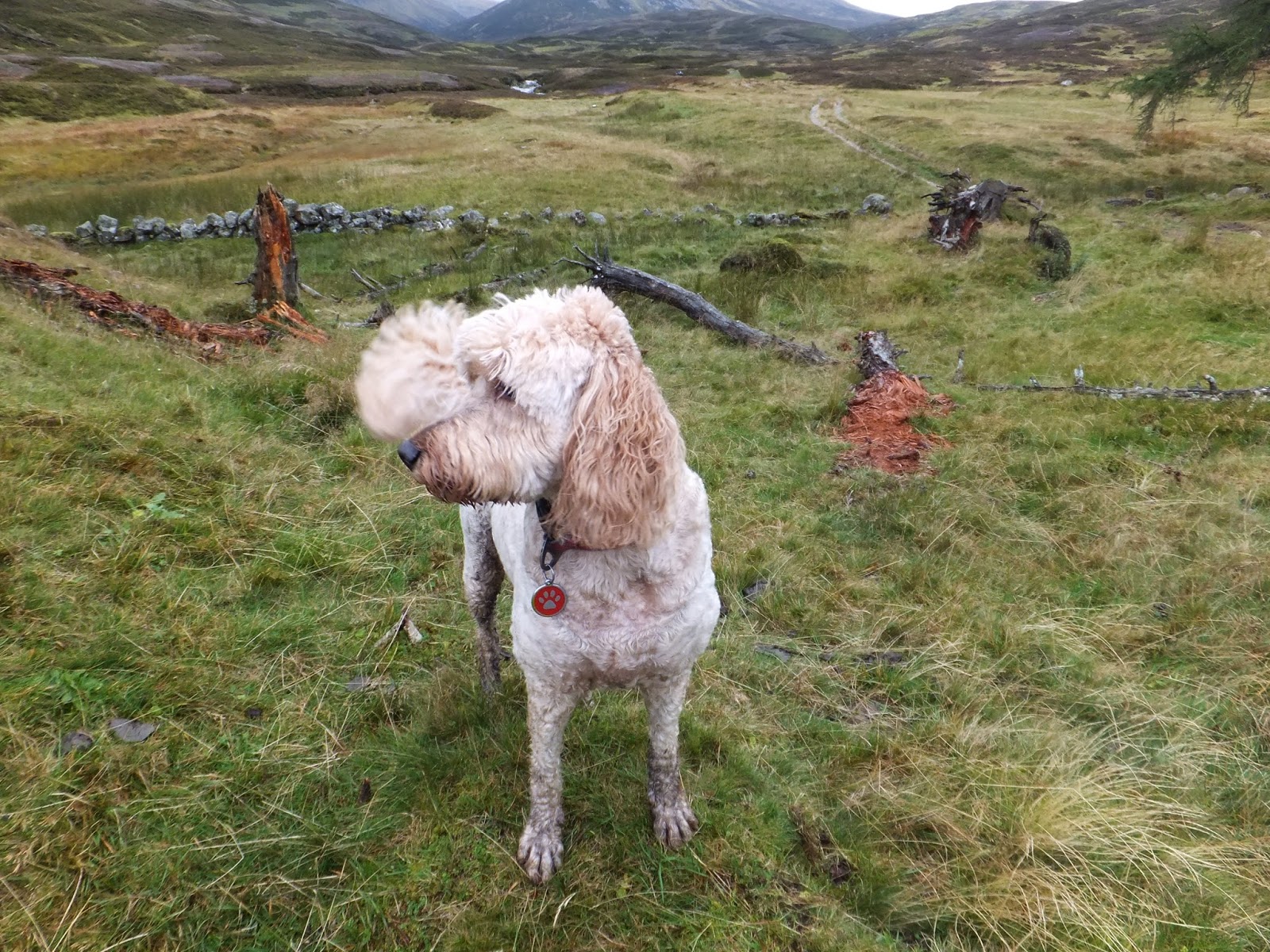 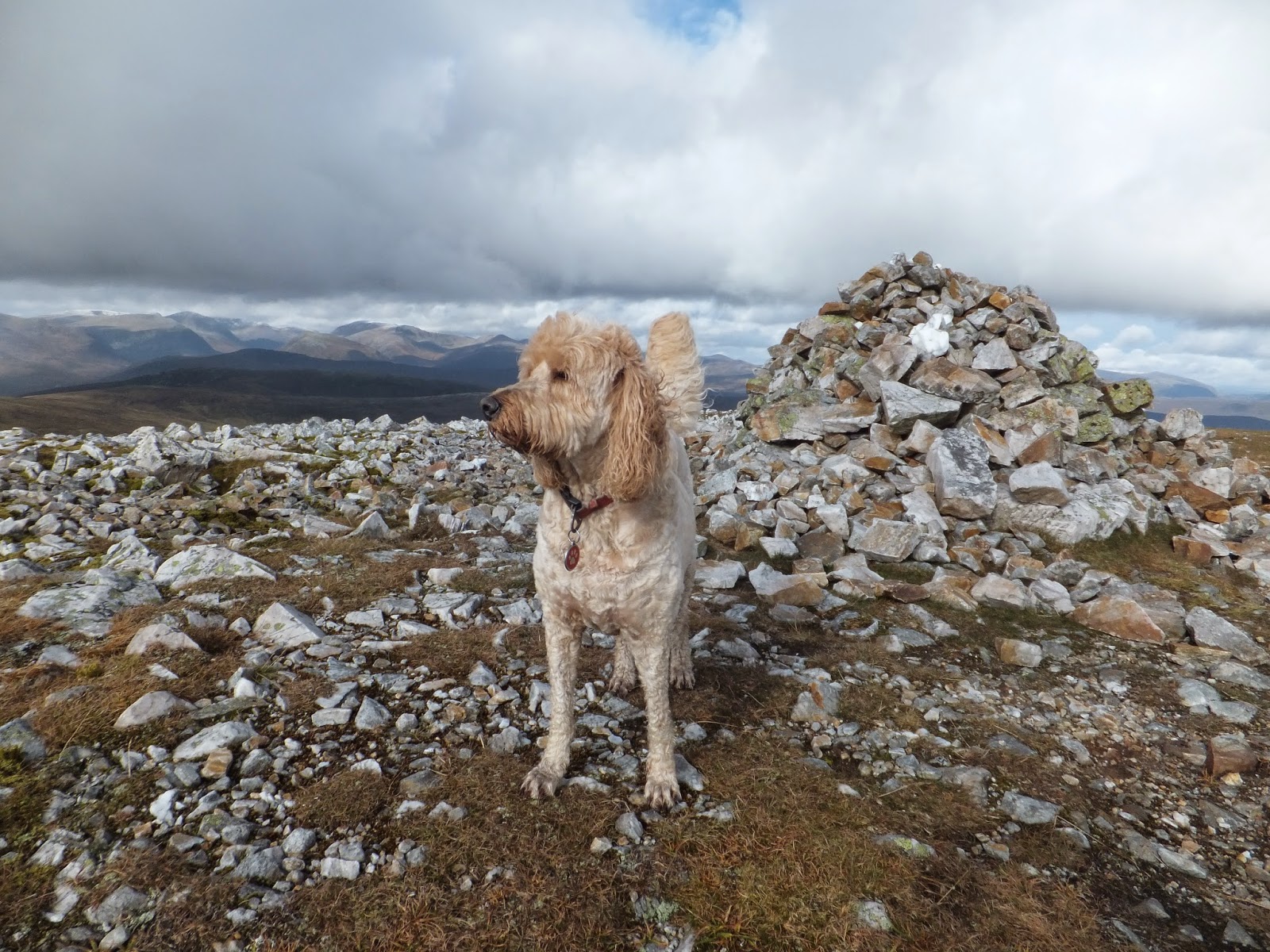 From that point it was a return to the bealach, then a bit of another peaty hummock trot until we reached the track that runs all the way down to Auchelie. A more inviting wee spot on the way out than it had looked on the way in. 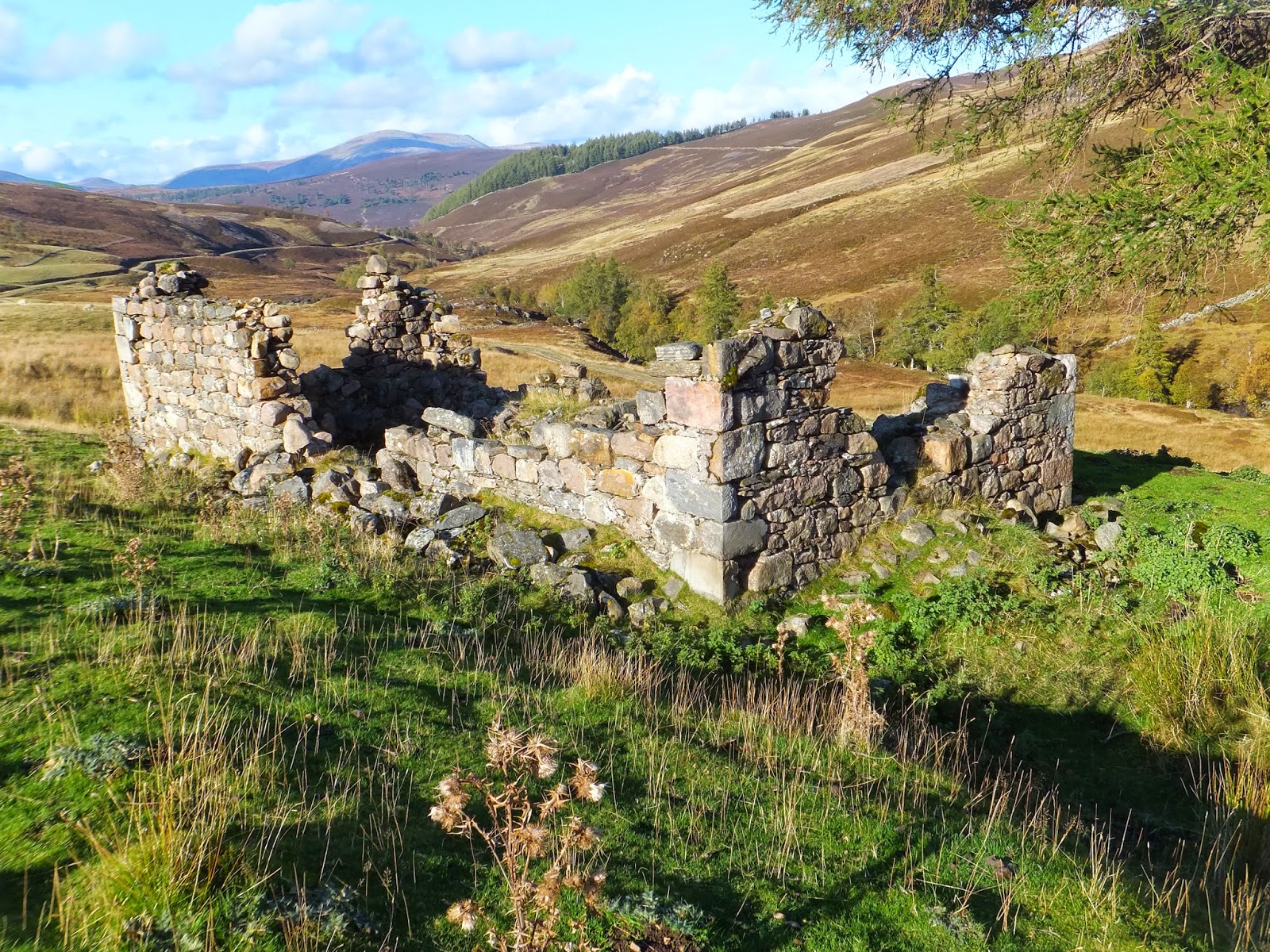 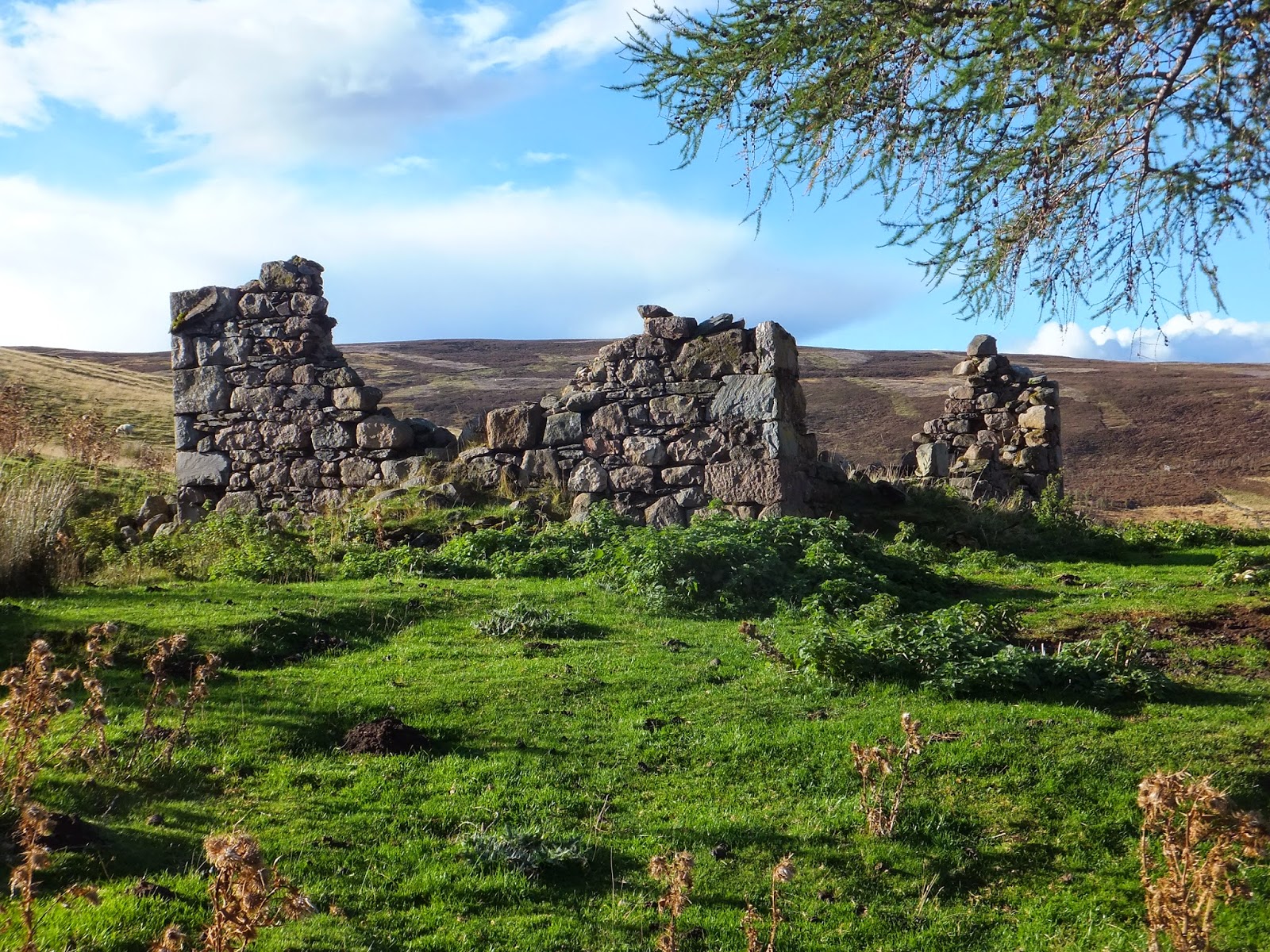 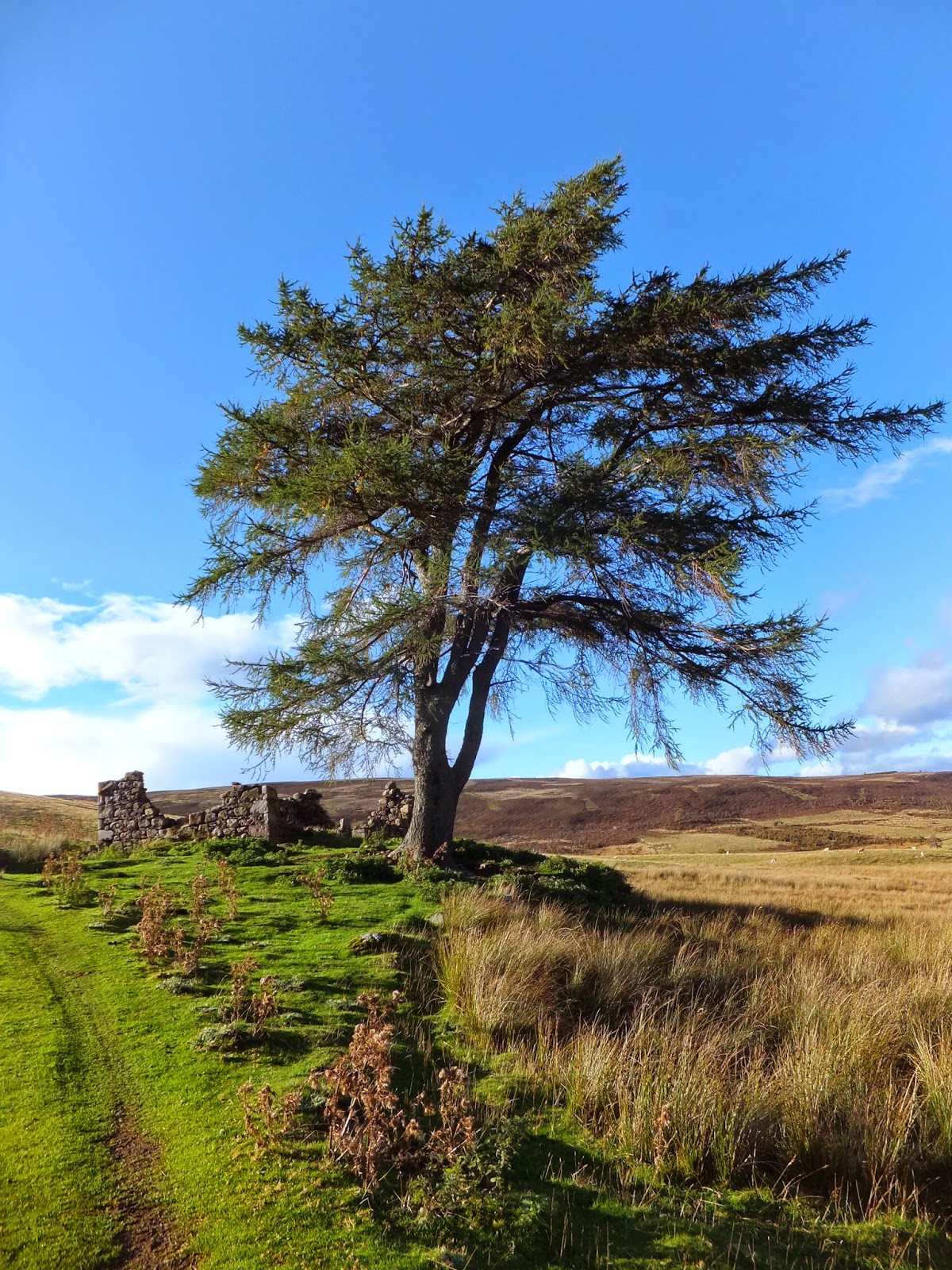 It turned out a right good walk. Albeit one that I maintain justified a good pre-commencement swither. It has to be admitted though that the dogs (three, count 'em!) were glad of their walk, but partly because it was quite a long day, and partly because it's been a while since the freshly-clipped Molly has been up any sort of a hill, the big yin paid for her exertions the next day. 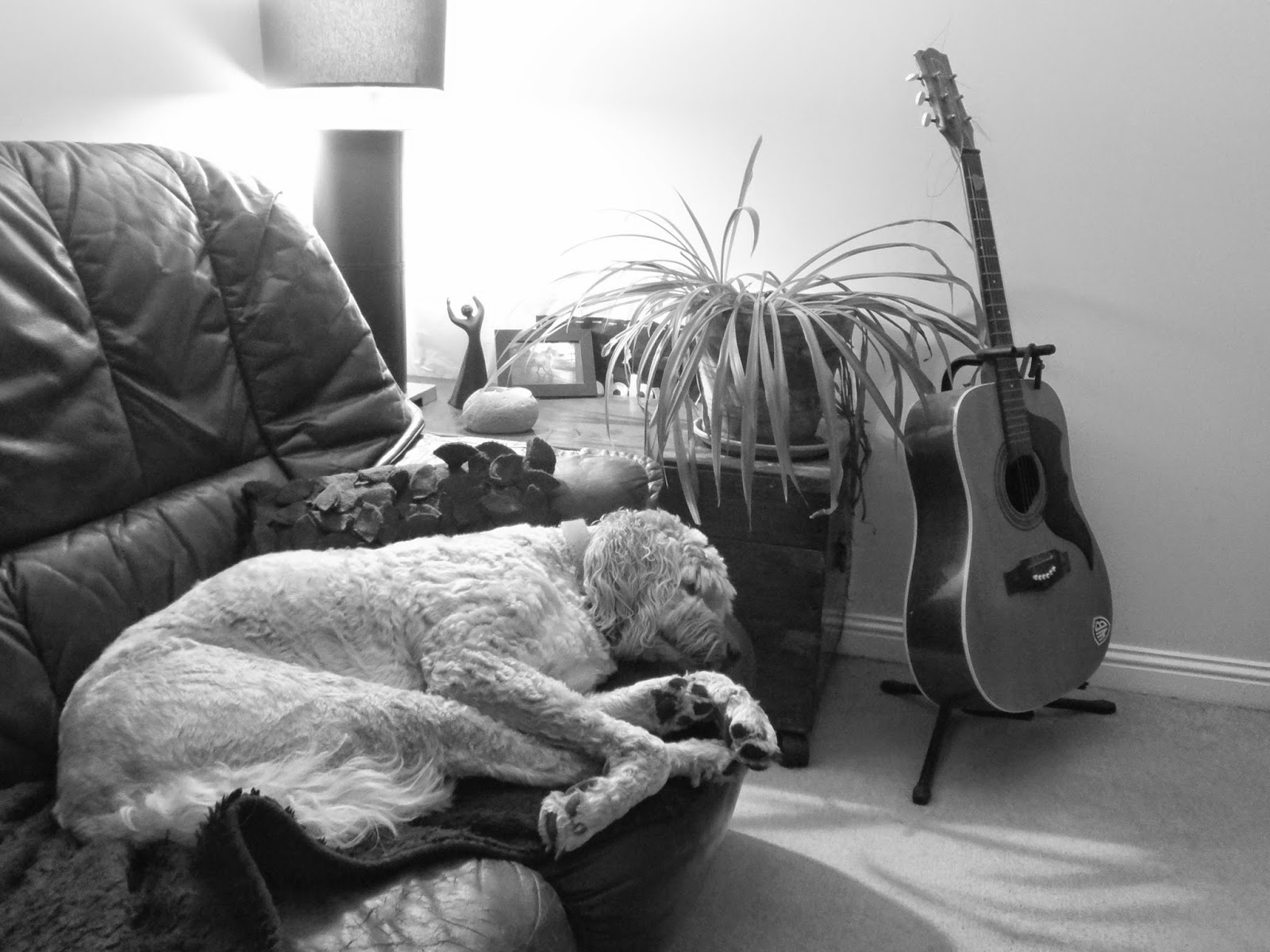