It wasn't until I diligently trawled through my comprehensive state of the art hillwalk record-keeping system (the search feature on this blog) that I realised it was as long as 18 months ago that me & Andy had been up this hill. 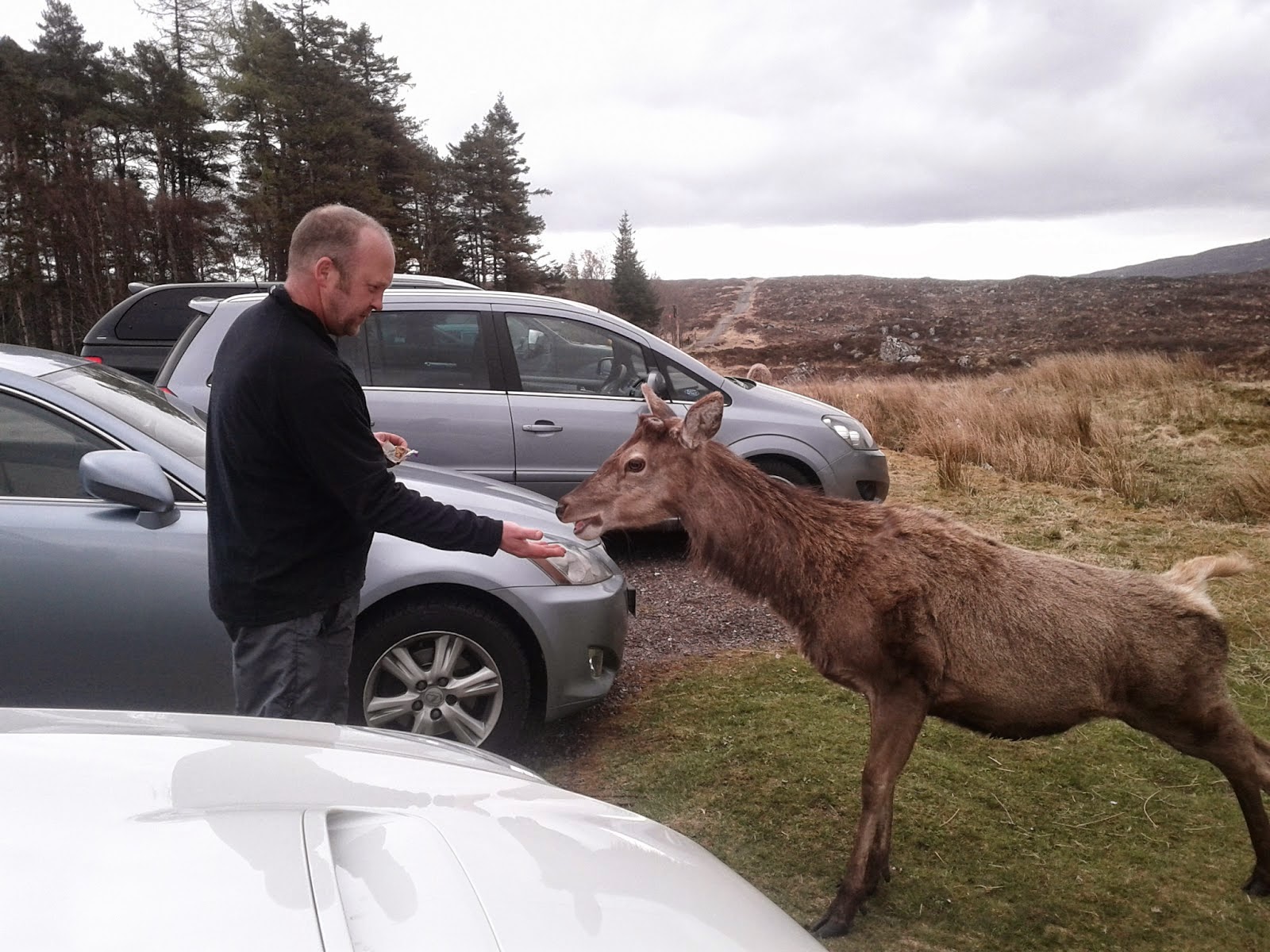 That trip was more memorable for the laid back deer at the Kingshouse carpark than for the scenery, as it turned out rather wet, wild, and gloomily view-free. A day like that does tend to plant the idea that a return visit, when conditions would be more favourable, might just be worthwhile - you couldn't see much, but you could sense that Chrulaiste sits rather slap bang in the middle of some rather good vistas.

And so it proved.

In truth, the forecast was about as confident as these things ever get. For the inland hills at least, we were pretty much promised no rain, negligible wind and top quality visibility. Although it's a recurring lament on here, the fact it was a wee while since we'd been up a proper hill led us to look at stuff that wasn't full-on Munro yomping, so a rematch in more benign conditions was settled upon. And - unanimously - it was agreed that it turned out to have been the right move. It also marked Jorja's return to...well, hillwalking proper I suppose, so it was basically all good. There's also no shame in parking the car next to a handily hill-placed pub, so one can wind down in an appropriate fashion after a decent dauner. (That was another stroke of good luck - the place had been shut for the previous three weeks, as it transpired. I'd have missed those crisps.)

It was also quite a traditional winter walking experience for me, in that once again, although I remembered to put my ice axe in the car when leaving the house, I forgot to attach it to the rucksack when leaving the car. And I left the dog's lead lying on a rock when I took my jacket off half an hour after the start. Many thanks to the kind couple who (a) picked it up and (b) were good enough to shout and attract our attention before it was too late. Jorja wouldn't have resisted thon deer if she'd been unrestrained on our return to the car!

Most of the online route guides seem to have you starting from Altnafeadh and returning via the Kingshouse, but we commenced operations at the pub, and did a kind of anticlockwise circuit. I think there's a lot to be said for that - the views just keep getting better all the way. You can take the occasional backward glance at the Big Buachaille, and Creise etc to begin with; as you gain a bit of height Rannoch Moor opens up; when you reach the bealach before the last pull to the summit there's a whole "Blackwater reservoir and associated Mamores" vibe going on, and then...well...you get a no' bad view of that kind of famous yin, mentioned earlier.

Oh, and I didn't need my ice axe, so no harm done. It was quite a close-run thing though, so on the plus side, the frisson of panic experienced on the descent means I'm definitely no' going to forget it again this season. ;) It's definitely quicker on the way down.

Steeper, and quicker. As I said, I'll take the axe next time around. ;)