Jorja on Meall Dearg, at one end of the Aonach Eagach... 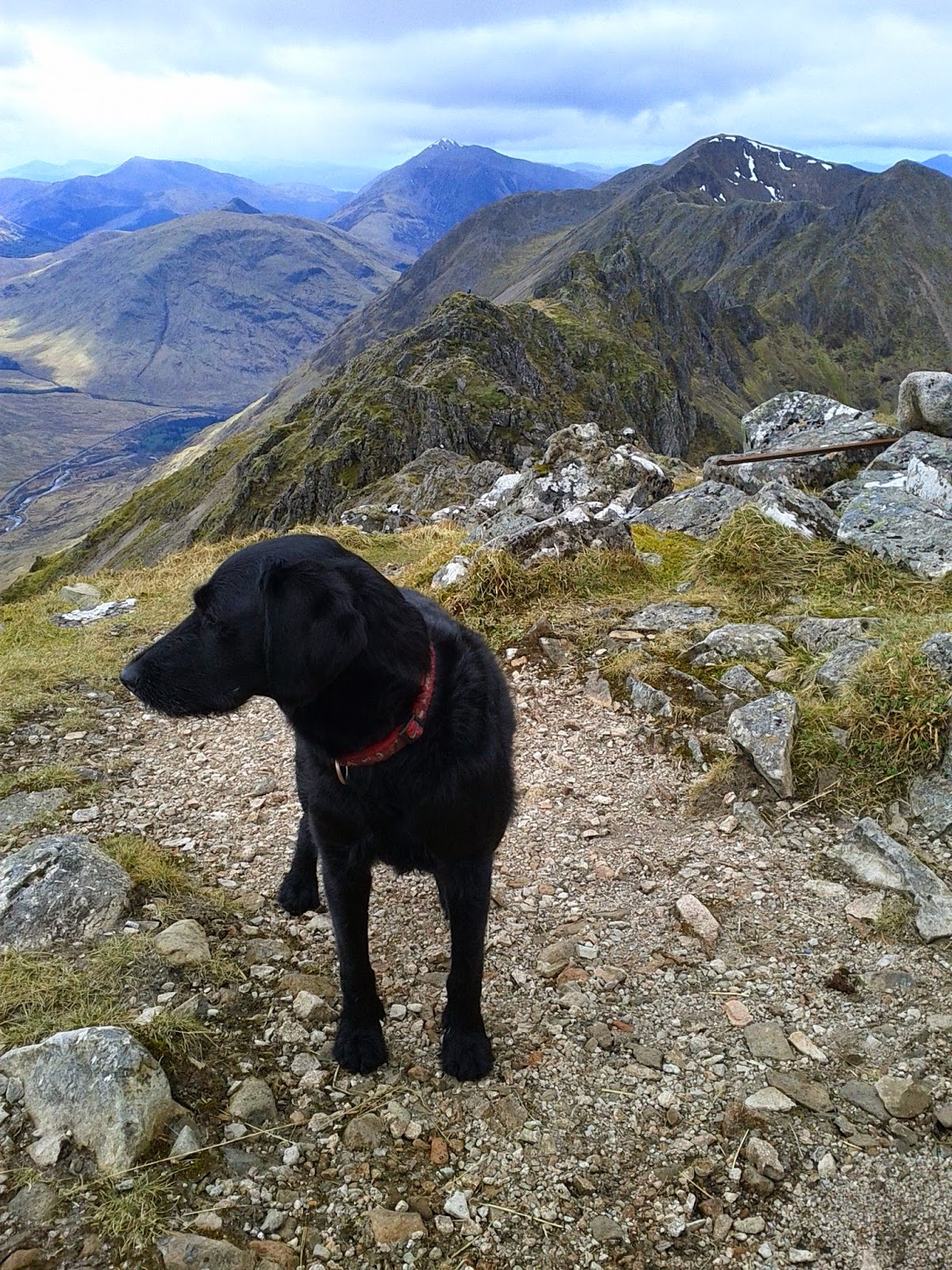 Jorja on Sgorr nam Fiannaidh, at the other end of same... 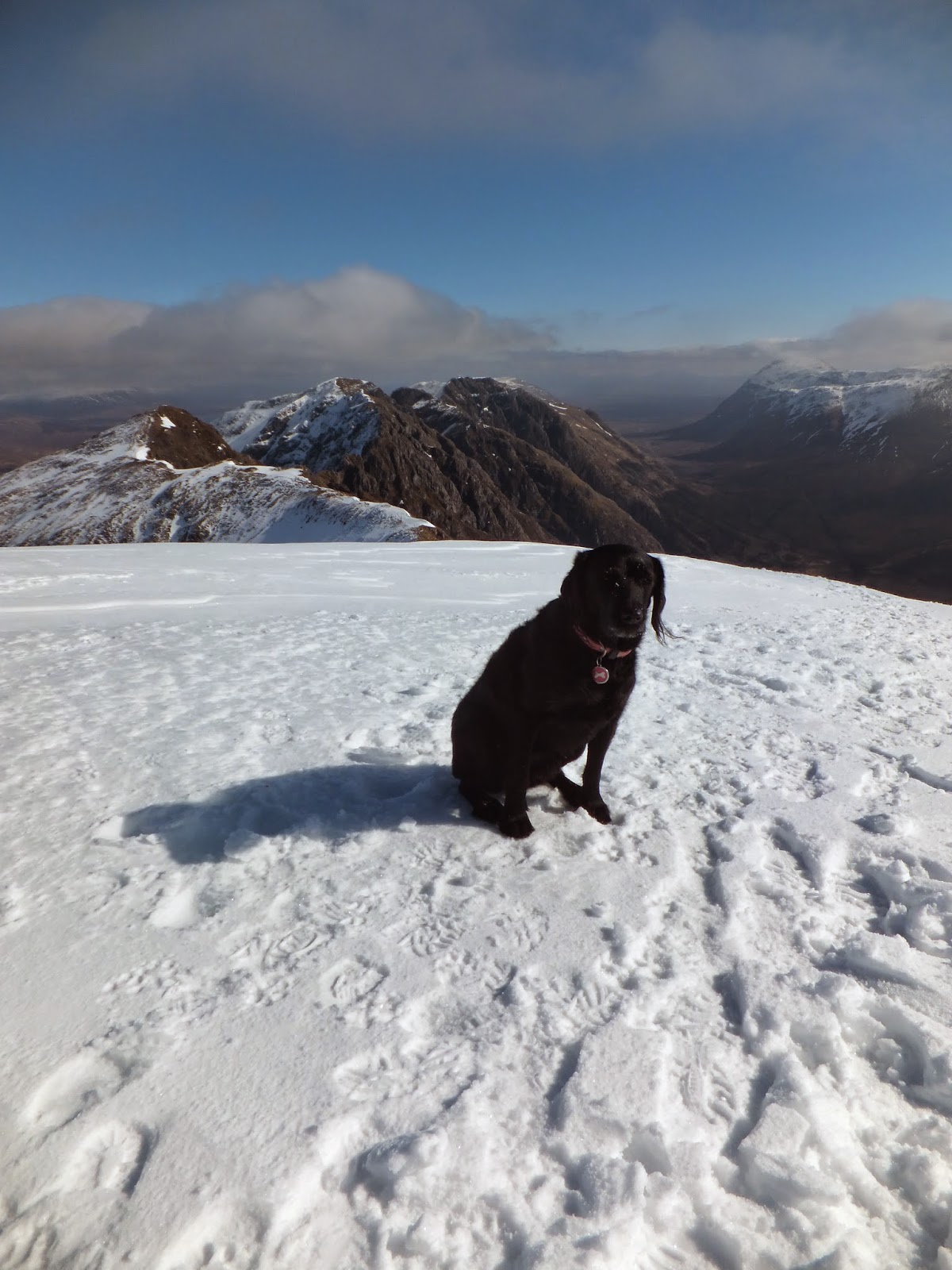 Even if the weather conditions weren't a bit of a giveaway, I'm not going to pretend that they were taken on the same day.


Anyway, here's the route description for climbing the latter yin, paraphrased a wee bit from the appropriate volume of Ralph Storer's guidebooks, punctuated with many photies from last Saturday....

Sgorr nam Fiannaidh
Begin at the end of the forestry plantation on the minor road south east of Glencoe village. The nearest parking may be 400m back towards village, near an electricity generating station. Take the Land Rover track that heads up hillside beside the private drive to Laraichean.

At a left hand bend a few hundred metres up, branch right across a stream (there is a footbridge) on rougher path that traverses hillside. On the far side of the next sizeable stream, an eroded path leaves the traverse path to climb the hillside parallel to the stream.

This path is quite steep in places, but eventually improves. At around 300m it makes a long rising traverse to the right, then turns back left and forks. The left branch goes to the Pap of Glencoe.

The right branch continues up Sgorr nam Fiannaidh, and is initially a rocky ribbon through the heather, but improves as it rises across the western flanks of hill, well below the crest of the north west ridge. Unfortunately it peters out onto stony heath at around 800m, with only traces above this point. From hereon there is no path, but on a good line of ascent you’ll find plenty of grass that enables you to avoid most of the quartzite rubble that litters the upper NW slopes.

The hard work ends at a subsidiary top beyond which a stroll across beautiful swathes of grass lead you to the Munro summit.

And really, once you're up there - and regardless of the less than balmy temperatures - it's a place to linger.

After all that it's a simple matter of retracing your steps - well, as far as possible when there's no path and you came up a bit of a long road for a shortcut - and again bemoaning the decision to leave the axes in the car. Not so much because they were needed for safety reasons, but as Andy pointed out there were some nice snowy runs that could have been used for self-arrest practice/glissading/bumsliding.

A cracking day out. I'm not sure I've ever experienced such a variety of underfoot conditions. The path was literally ankle deep in flowing snow meltwater for stretches on the way up; we had sections of seriously boggy clingy stuff; there was a sustained period of potentially ankle-breaking slippery scree and bigger jaggy boulders and to round things off the Kahtoola microspikes were briefly pressed into service on the short but steep slopes just before the summit plateau.

Winter's not over quite yet on the hills!