Aye, Carn Crom. I knew that was what it was called.

The steepish path on the way up was icy in patches, but a bit of care was all that was needed. We were still pretty sheltered from the wind for the first wee while, and it was quite warm work. Last night's alcohol probably wasn't helping. Or indeed the breakfast Scotch eggs, which had seemed like a good idea at the time. Or at least had seemed like an acceptable idea at the time. Regardless, Gordy was blazing the trail: 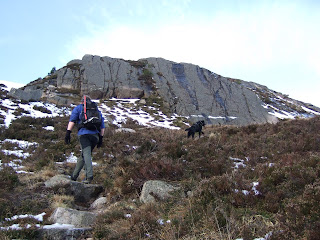 Looking back over Glen Derry to Beinn Bhreac: 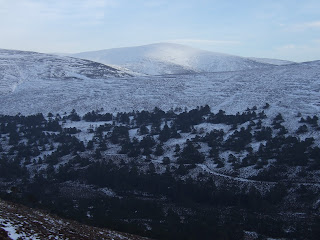 Jorja was having a whale of a time. She likes the snow anyway, but the wide open spaces were made for her. Running aboot daft, so she was. Here she is proudly dominating the skyline: 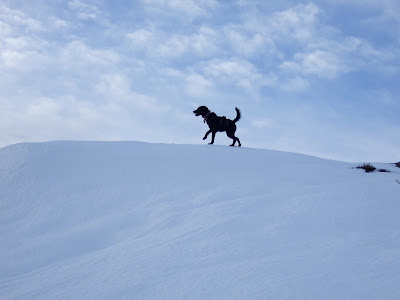 And here she is, misjudging the icy slope on her descent, and
sliding past the landing strip altogether. 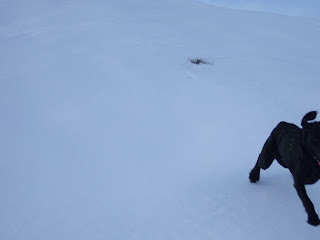