It's probably a reflection on how little I was getting out in the hills until about June that the trip to Glen Shiel last week meant I've pretty much doubled the number of new Munros that I've done this year.

Whatever way you look at it, seven ticks in the book for one walk along a ridge is a good return.

I took loads of pictures, and although most of them are a bit fuzzy because there was a lot of moisture about(!), I'll sort them out eventually. In the meantime here's a picture of the first summit, Creag a'  Mhaim... 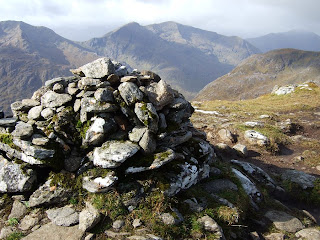 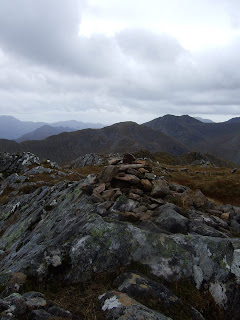