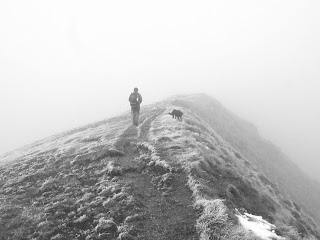 It was time to get back out into the fresh air at the weekend, hillwalking having taken a back seat over the last few weeks. Initially there had been vague thoughts of a camping trip, but as Marion was off to Aberdeen, and the hoose was accordingly going to be empty, the lure of post-walk central heating and cottage pie won out, and me and Gordy decided to make Bellshill the Saturday night basecamp.

Gordy had come up with the idea of Stob Binnein, which is probably (car travel timewise at any rate) the nearest Munro to the house. I've been up this hill twice before, once on its own and once along with Ben More, and the memory of it being a steep pull direct from the carpark at Inverlochlarig wasn't deceptive. The forecast had been for snow, and very little wind, but as it turned out it was mistier, wetter and considerably colder than I had been expecting. I reckon winter is amongst us, and no mistake. 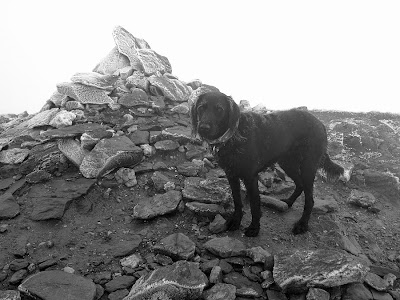 Nowt really in the way of photies this week - the Wee Black Dug was frosting up for the first time this season though, so I've included those! 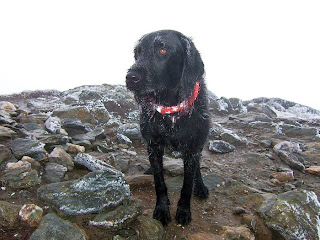 It took about five hours all told, and particularly as it was only a 90 minute drive each way it was a good choice of hill to get back into the swing of things. A wee taster of the weather to come too, I fancy.