We headed over there on the Sunday morning. Last time we'd visited, about three years ago, we'd got snowed off.

I didn't find it odd that there was no snow this time, but the lifebelt looks strangely different. 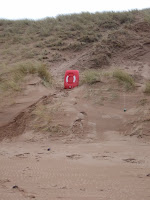 The whole area around Gairloch is just full of Really Good Places For Dogs. Here's an exciting action shot of the wee black dug going hell for leather after her frisbee. 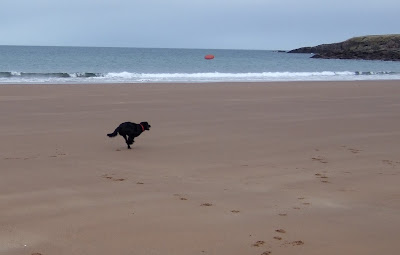 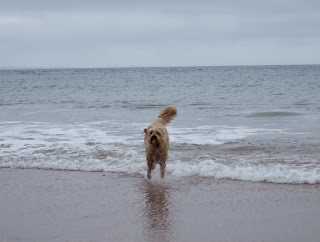 As you can see, the photo above appears to be one of yon Sea Devils that you used to get in Dr Who. Thankfully, it's not quite as scary close up: 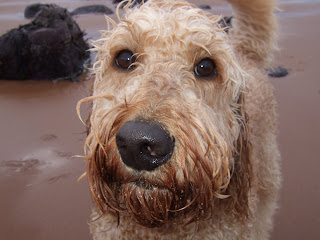 After the beach we headed for The Old Inn which we had deliberately avoided earlier on given the fact that the old firm game was being shown on the telly. By the time we got there the match was well past, so there were just a few guys shouting good natured abuse at each other. Or at least they were pretending that it was good natured. The drunker they got, the more the masks were in danger of slipping. Still, no skin off my nose. Particularly as I was driving, so I had the patience of a saint - an ecumenical saint, if such a thing exists - and the sober ability to rise above it all, unconcerned.

I grew slightly less unconcerned when I got home and realised that none of the off sales in Gairloch were open on a Sunday and there was no drink in the house.

Still, a night off the batter does one no harm.

Probably. I've not really done enough research on the point.